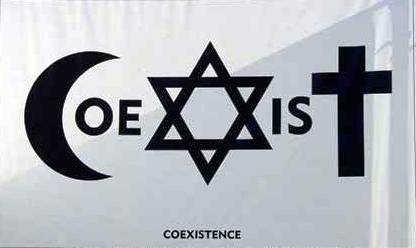 While Americans often like to think of ourselves as multicultural and free of any religious biases, this is not always the case—oftentimes, religions are treated differently in discussions of public policy based upon the biases of those speaking. In our culture, some religions are treated with more respect than others, and are able to get away with far more in the way of controlling public policy.

The majority of the United States population identifies as some variety of Christian and there is an entrenched bias in favor of things that align themselves with Christianity. It is intensely unpopular in mainstream politics to be seen as attacking Christians or the Christian faith as a belief system; we see examples of this taboo in the extreme reticence that politicians have shown in attacking the tax exemptions of churches that have become obviously involved in politics. In addition to the protection afforded Christian institutions by this bias, there is a tolerance for proposals of Christian religious laws that is not present for other belief systems. Christian religious zealots regularly attempt to legislate sexual morality, abortion policy, and even the civil rights policy of the United States, but are rarely called upon their efforts.

In contrast to the bias in favor of the Christian faith, the Islamic faith has a severe negative bias attached to it within American politics. Ever since 9/11, when the “war on terror” started, many Americans have become extremely polarized against the Islamic faith and have tolerated anti-Muslim policies and activists. During the last several years, there have been many anti-Muslim hate crimes and several attempts to attack Muslim religious freedom within the United States (ex. the “Ground Zero Mosque” controversy). Such anti-Muslim policies and acts are unacceptable, but the American public has been largely silent on the subject in a way that would not happen if it were another religion being attacked.

Judaism, while not extremely relevant to policy in the United States (there are rarely attempts to insert Judaism into law or to limit Jewish religious expression), is a religion which has had a significant level of exposure in modern politics. In modern American politics, mainstream politicians are very sensitive to anti-Semitism and any perceived attacks on Jews are seen as intensely unacceptable. In many ways, this sensitivity is due to the vociferous support of Israel that is common in mainstream politics and the conflation of Israel with Judaism. No politician wants to be seen as “anti-Israel”, thus any criticism of Judaism is immediately condemned—far more so than most other religions (ex. Buddhism).

In order to illustrate the religious biases within the United States and help overcome it, I would like to ask every American to perform an internal “Religious Substitution Test” before debating about religion. To do this test, you simply need to look at the debate objectively and substitute the religions involved based upon the situation: in cases where Christians are attempting to impose their beliefs on society, substitute in Islam and imagine that it is a Muslim who is attempting to impose his religions on you. In cases where a Muslim is being discriminated against or legislatively having their religious freedoms attacked, you should substitute Judaism in the place of Islam and look at whether the attack remains acceptable.

In recent years, many right wing Christian politicians have attempted to pass laws which codify Christian religious rules into the laws of the United States. These attempts to insert Christianity into politics are common enough that Americans have become desensitized to this phenomenon in a way which they are not for other religions. Put plainly, Americans tolerate attempts to impose Christianity into public policy much more readily than attempts to impose other religions’ (ex. Islamic Sharia) teachings into our laws.

In the fights over the social issues of abortion policy, gay rights and women’s rights, the Christian right has regularly used religious justifications for their policies. These politicians oppose gay marriage equality on the grounds that interpretations of their religion say that gays are sinners and that marriage is for heterosexuals. Similarly, many anti-abortion arguments are predicated upon the religious idea that “life begins at conception” and that the fetus has a “soul” before it becomes an independent and self-aware being. Such policy justifications are based in religion rather than logic and are examples of policies that violate the separation of church and state built into our 1st Amendment. It doesn’t matter what the religion is, any attempt to impose religious laws over the American people is equally invasive and unconstitutional.

Whenever a Christian politician proposes a policy based in “Christian values”, the bible, or on the teaching of “God”, every American should replace the Christian religious references with Muslim analogs and imagine that the politician is a Muslim rather than a Christian—the Bible is replaced by the Koran, God is replaced by Allah, and Christian values is replaced by Muslim morality. Once this substitution is done, these people should then reflect on their opinions of the new quote and think about whether they would support the idea of Muslim religious laws being imposed over their choices. In all likelihood, those who would support Christian religious laws would rankle at the mere thought of being forced to follow another religion’s codes, even if their religions agree.

Here are two examples of the substitution which I just described:

“Homosexual behavior is contrary to the fundamental, unchanging truths that have been ordained by God, recognized by our country’s founders, and shared by the majority of Texans. Homosexuality must not be presented as an acceptable ‘alternative’ lifestyle, in public policy, nor should ‘family’ be redefined to include homosexual ‘couples.”

Once Christianity and Islam are substituted, this is what the quote looks like:

“Homosexual behavior is contrary to the fundamental, unchanging truths that have been ordained by Allah, recognized by our country’s founders, and shared by the majority of American Muslims. Homosexuality must not be presented as an acceptable ‘alternative’ lifestyle, in public policy, nor should ‘family’ be redefined to include homosexual ‘couples.”

This is a quote from Paul Broun (R-GA):

Once Christianity and Islam are substituted, this is what the quote looks like:

As immediately becomes obvious, the substitution of the Christian references in the quotes to the synonymous Muslim references would radically change the discussion over the situation. If a Muslim group or politician were to push this religious agenda within the United States, there is little doubt that the right wing would be up in arms about “Sharia taking over”, and the left wouldn’t be far behind. While there was little outrage over Rep. Broun’s assertion that he will legislate based upon the bible, it is undeniable that he would be facing severe consequences if he did the same in support of Islam (not that these consequences are wrong, as the problem here is that such consequences aren’t levied on Christian extremists).

Virtually all Americans can agree that Sharia laws are not what we want and that any attempt to impose such laws should be fought. Unfortunately, the American people have become so inured to the attempts by Christians to create religious laws that they fail to react in the same way that they would if it were a Muslim speaking. In reality, the effects of Christian law and Muslim law would be identical, yet the responses are radically different. A religious law is a religious law and I would hope that this type of substitution would help people see past their apathy on the imposition of Christian religious laws over the United States.

In the post-9/11 America, Islamophobia has become fairly common in many parts of the United States—this xenophobia is common in both the culture and in the legislature. During the past several years, we have seen a rising tide of anger against Arabs, accompanied by many hate crimes and political campaigns that try to marginalize American Muslims. Individual Americans and legislators alike have singled out Muslims in ways which would not be socially acceptable for other religions.

Simply one example of this Islamophobia, is the fight over the “Ground Zero Mosque”. In 2010, the country became embroiled in a massive debate over whether an Islamic cultural center should be allowed to be built a short distance from the Ground Zero site in New York City. The Park 51 project—an Islamic community center that was erroneously labeled a Mosque—drew massive protests, as many Americans objected to the creation of a mosque near the 9/11 memorial. The objection to the Park 51 project is ridiculous for several reasons: First and foremost, the 1st Amendment protects an individual’s right to practice their religion and prohibits the government from banning a religion from building a house of worship on private land. Secondly, this is a standard that has not been applied to any other religion or for any other act of violence—Christian Churches are regularly built in areas near acts of Christian terrorism (abortion bombings, right wing religious militia terrorism, etc.). Third, many Muslims died on 9/11 and it is simply wrong to blame all Muslims for the actions of a few extremists.

During the fight over Park 51, a flood of anti-mosque actions were reported, even in areas far away from New York City. Numerous groups protested the idea of mosques and proposed bans on mosque construction that would limits the ability of Muslims to practice their religion. Many mosques that were being built or were in the planning stages were disrupted by protests and attempts to use zoning or disruption to stop construction. This situation was, and is, unacceptable and it is a time where the religious substitution test would help give people perspective.

In situations where legislation or government action is directed at limiting a Muslim’s right to exercise their religion, the “Religious Substitution Test” should entail the substitution of Islam for Judaism. While there are many anti-Jewish hate crimes in the United States, mainstream politics finds any attacks on Judaism to be supremely unacceptable—the polar opposite of the mainstream rules regarding Islam.

Bryan Fisher, a major proponent of the anti-mosque furor and right wing leader, said the following about mosques in the USA:

“Permits should not be granted to build even one more mosque in the United States of America, let alone the monstrosity planned for Ground Zero,”

This comment is ridiculous, offensive, and would be completely unacceptable to Americans if it were directed at any other religion. It is inarguable that this comment, and the speaker, would have been widely condemned by the United States public if he said the very same words about Christianity or Judaism:

“Permits should not be granted to build even one more synagogue in the United States of America, let alone the monstrosity planned for Ground Zero,”

Islam is a religion which suffers from bigotry because many Americans are willing to overlook attacks on Muslims out of misguided hate. These people fail to realize that an attack on one religion should be seen as just as bad, and just as condemned, as an attack on any other religion. Putting the situation into perspective by substituting another religion into the attacks on Islam will hopefully allow people to look past their prejudices and see that attacks on Islam cannot be tolerated.

5 thoughts on “The Religious Substitution Test”