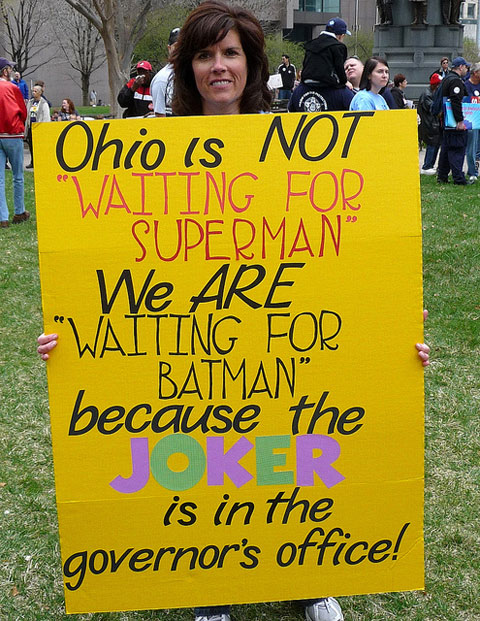 Vast swathes of the Republican Party—particularly the extremist “Tea Party” faction—have completely abdicated the idea of good governance. They care nothing for realistic policy and appear to only desire a complete shutdown of the American government. Any compromise that is offered them is derided and they have little concern for the potential damage that their intransigence would inflict on our country.

The current extremism and rejection of governance displayed by the GOP was very well characterized in this quote by Mark McKinnon, a political advisor to both George Bush and John McCain:

“But here’s the deeper point and the bigger problem for the GOP. Increasingly, it is becoming clear that the party is against everything and for nothing. Nothing on taxes. Nothing on gun control. Nothing on climate change. Nothing on gay marriage. Nothing on immigration reform (or an incremental, piece-by-piece approach, which will result in nothing). It’s a very odd situation when the losing party is the party refusing to negotiate. It may be how you disrupt, but it is not how you govern, or how you ever hope to regain a majority.”

The Republicans have adopted a policy of obstructing and rejecting anything that Democrats suggest, even if they previously supported it. This policy has created a bizarre phenomenon where, as soon as the Democrats start to agree with a Republican policy, the right wing almost immediately backtracks and derides their previous position as socialist (ex. both “cap and trade” and the individual mandate were pushed by the right wing Heritage Foundation until Democrats agreed). By refusing to deal on anything and constantly shifting the goalposts, the right wing has virtually destroyed the legislative process and has brought about unprecedented gridlock.

Over the last several years, the United States government has suffered through numerous crises brought about by the extremism within our right wing party. During these years, our government has nearly shut down on several occasions simply because a small group of extremists was unwilling to govern. Our government almost shut down over the debt ceiling—a procedural legislative act that is simply to release the funds which the US government has already spent–causing our credit rating to drop for the first time in the history of ratings.

The current Republican Party cannot be dealt with as though they are a normal political group—the sane Republicans have lost control over their party and the extremists are willing to do anything in pursuit of their agenda. This agenda of cutting taxes and regulations to the bone, protecting all corporate subsidies, and entrenching a systemic bias in their favor as the American public tries to reject them (ex. voter disenfranchisement, legislative brinksmanship, redistricting, etc.) is dangerous to average Americans and has been proven not to work in the past (Case in Point: the Bush II years).

In looking at the current Republican Party, I am forcibly reminded of a quote describing the Joker from the immensely popular “The Dark Knight” movie. It may seem absurd to compare a duly elected political party within the United States to a mentally unbalanced terrorist, but the illogical and socially damaging conduct of the Republican Party is nothing less than the legislative equivalent to the chaos caused by the Joker.

“Because some men aren’t looking for anything logical, like money. They can’t be bought, bullied, reasoned, or negotiated with. Some men just want to watch the world burn.”

–Alfred Pennyworth, as depicted by Michael Cain in “The Dark Knight” (2008)—

If calling the current Republican Party the legislative equivalent to “the Joker”—a psychotic Batman villain—seems a little extreme, this is only because the right wing creates chaos in our society through the government instead of overt terrorism.

Rather than shutting down a city with wanton destruction, the Republicans have perfected their ability to shut down the government with gridlock and prevent even the most basic of social services from being provided to the needy.

Rather than extort people into doing immoral acts through the threat of violence, the Republicans extort their opposition into passing legislation which is detrimental to the vast majority of the population.

Rather than killing people, the right wing has simply blocked any attempts to stop other disturbed people from obtaining weapons with which to kill large numbers of Americans.

Rather than getting their underlings to torture and kill random people in their country, the Republicans have supported needless wars which lead to our military killing and torturing people in other countries (to be fair, the Democrats have continued the right wing wars/killings of the Bush era).

Attempts to negotiate or reason with the current Republican Party on issues of public policy are doomed from the start. The current Republican Party simply lacks the ability to deal rationally with the Democrats, as well as the desire do anything but burn anything Obama supports to the ground. Democrats must realize that their opposition party is simply not capable of compromise, negotiation, or logical argument, and stop attempting to deal with the Republicans as though they were rational—they are not rational and they do not care about the damage which they may inflict on the country in the pursuit of their convoluted ideals.