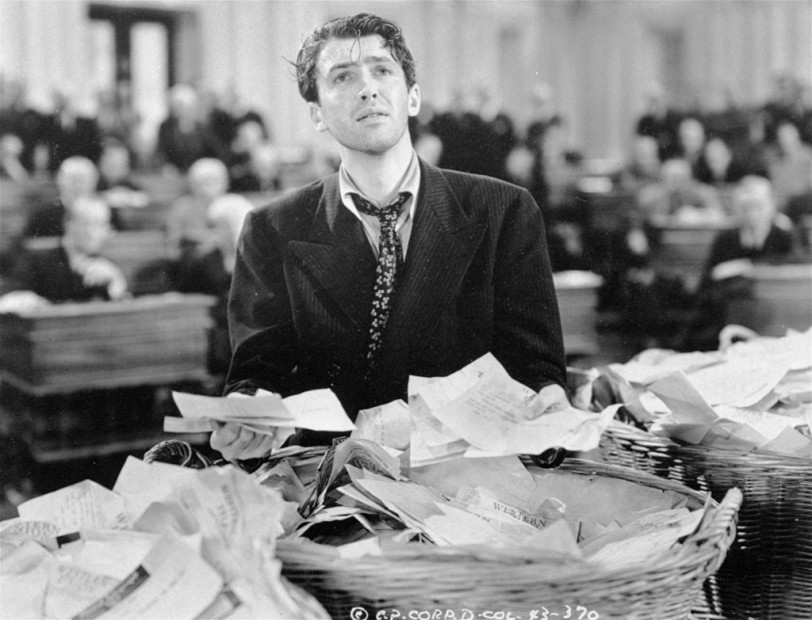 On Wednesday, March 6th, 2013, Rand Paul led an extremely well-publicized filibuster of President Obama’s nomination of John Brennan for CIA Chief. This filibuster was intended to compel the Obama administration to release information about the use of drones to assassinate Americans. After 13 hours, the filibuster ended and the nomination went through. But the point was made, and the Obama administration was pressured into releasing information about the drone program.

While most politically involved people have heard about Rand’s stand, few are aware of the first filibuster to happen that day. On the very same day as Paul’s standing filibuster, the Senate Republicans (including Rand Paul) did a second “silent filibuster” of Caitlin Halligan’s nomination to a federal judgeship. Unlike Paul’s visible standing filibuster, the filibuster of Halligan’s appointment was accomplished behind closed doors and with no fanfare—the GOP simply refused to grant a quorum for a vote and everybody went about their business for the day.

First of all, I would like to say that the stated intent Rand Paul’s filibuster—compelling new information about the secret drone assassination program and its potential use on Americans—is something for which I have great respect for. While I agree with Ron Paul on virtually nothing else, his attempt to force the Obama Administration to reveal whether or not they intend to use drones to assassinate Americans is something with which I wholeheartedly agree—no president should be able to maintain secret laws or be allowed to assassinate Americans without due process.

Unfortunately, virtually no Democrats were willing to buck partisanship and join Paul in his filibuster. This refusal is simply a disgrace and every Democrat who believes in the rule of law should have been up there with Paul, regardless of the potential political repercussions of contradicting a Democratic president.

Regardless of whether it was motivated by policy or politics, Rand Paul’s filibuster of the John Brennan nomination was a welcome return to the standard use of the filibuster. Unlike most other filibusters in modern years—where the filibuster is declared and everybody leaves—Paul stood up and did a “standing filibuster.” This type of filibuster is the traditional version of the obstructive technique, but has become far from the norm in recent years.

Traditional filibusters, like Paul’s, are meant to be flashy, grandstanding events through which a politician is able to obstruct a bill in extreme situations; everybody to see the classic movie “Mr. Smith Goes to Washington” remembers the iconic scene of Mr. Smith yelling on the floor of the Senate and exhausting himself. Such filibusters require dedication by the filibustering politician and result in heavy exposure for the filibustered policy—people wonder why a politician is willing to stand up and talk for hours and they are likely to investigate the policy that they are filibustering.

Several hours before Rand Paul started his filibuster on March 6th, he was part of another filibuster that relatively few people heard about. The GOP implemented the filibuster to stop the nomination of Caitlin Halligan to the DC circuit Court of Appeals.

Halligan is an eminently qualified judge—nobody argues this—but is being opposed by the GOP for her perceived “activism” on gun issues. The GOP has opposed any judicial nominee who holds liberal values, none more than those who support gun control.

Rather then utilize the traditional filibuster, where a senator stands up and talks about the obstruction, the GOP utilized the silent filibuster to kill Halligan’s nomination behind closed doors. They got together earlier in the day and agreed to deny cloture for a vote as a block, thus the filibuster was invoked without the need for somebody to stand up for principles. Such a filibuster has become the new norm, leading to unprecedented obstruction with only minimal exposure. Because the obstruction happens behind closed doors and the media doesn’t have a talking politician to put up on screen and talk about, the silent filibuster is simply not covered as much as the standing filibuster (if at all).

Since 2010, hundreds of bills have died because they couldn’t break through the de-facto filibuster of the GOP; how many of these filibusters have you heard about as much as you have the Rand Paul standing filibuster? None, I would bet. 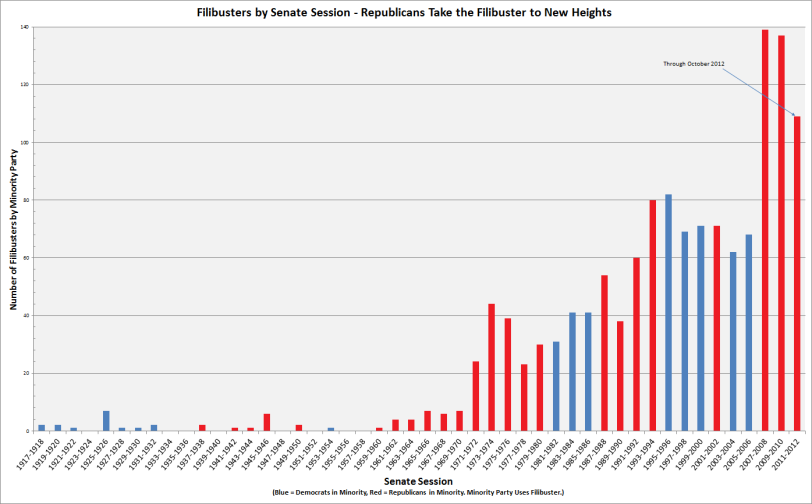 The silent filibuster is a tactic with which a minority is able to obstruct even the most popular legislation without exposing themselves to political blowback. The public isn’t presented a clear and flashy demonstration of their obstruction and thus doesn’t punish them when they obstruct policies without justification. If all of the hundreds of bills to be obstructed in the past few years received the same exposure as the Rand Paul Brennan filibuster, does anybody actually think that the American public would stand for such sustained obstruction of their government by a small minority?

Unlike the killer-drone issue, where the public support the filibuster’s goal, many recent GOP filibusters have been on issues where the GOP is not on the side of public opinion. Having to stand up for hours of very public explanation of why such policies are being filibustered would be very damaging for the filibustering politician. For example: no GOP politician wants to have to stand up in front of the CSPAN cameras and talk for 13 hours about why they are obstructing the Violence Against Women Act or disaster aid for hurricane victims.

The silent filibuster gives these people an easy out and lets them obstruct without accountability. A silent filibuster has the same effects as the real “standing” filibuster, but none of the costs of political exposure—this has led to tremendous abuse of the filibuster that many in the public simply don’t know about. 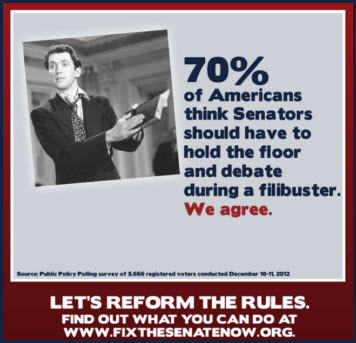 If a politician wants to filibuster a bill, they should be required to follow Rand Paul’s example and stand up on the Senate floor to talk about their opposition to the bill. If their opposition to the bill is principled, rather than obstruction for obstruction’s sake, they shouldn’t fear having to stand up in public and make their case. After all, a filibuster is supposed to be an extreme tactic for an extreme situation, not a tool for the minority to impose anti-democratic control over the majority (a 41 senator filibuster can represent as little as 11% of the general population). The filibuster is important, but it must be public and visible to ensure that politicians don’t abuse it as has been done in recent years.