Why Cotton and Not Hemp? 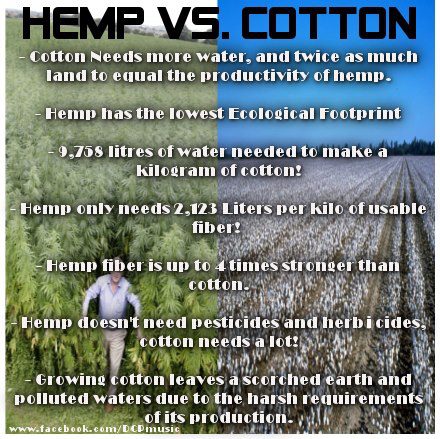 When looking at what makes our clothing, we are struck with a choice between various plants and synthetics to choose from. Cotton may be the most common clothing fabric in the United States today, but it is not the only viable material to use in clothing. Numerous fabrics—silk, hemp, polyester, and many more—are all possible alternatives to cotton but, for a variety of reasons, none have replaced cotton as a more efficient material.

The synthetics may be strong and do not require growing plants to form, but many are highly flammable and most require the extraction and refinement of petrochemicals. As such, they aren’t really a good alternative to cotton in the long run.

Animal fabrics, like leather and silk, are simply not easy to mass produce and all animal-skin products are simply far more inefficient than their plant-based alternatives.

When we look at this situation and try to find a solid alternative to cotton, we find a precious few viable organic materials. One of these materials however is called Hemp and is created from the plant fibers of the Cannabis Sativa

The plant fibers of the Cannabis Sativa plant can be harvested to create very tough and efficient to create fabrics—alone or mixed with other fibers. Of the more common uses for hemp, Americans utilized the fiber in clothing and in the creation of sail canvas for boats. Before the illegalization of Cannabis, and thus the outlawing of hemp production, hemp was recognized as one of the best materials for making fabrics. The United States had a long history of hemp production, and many of our founding fathers grew hemp on their farms as a staple crop.

Through an outlook of sustainability, plant fibers from hemp are both very strong and far more water and efficient than cotton. According to a comprehensive study by the Stockholm Environmental Institute, hemp uses half of the land space required by cotton, and only a third of the water—in this, it is FAR more efficient to the grower and much less of a strain on the environment.

Because of the lower requirements to produce hemp when compared with cotton, hemp is a viable alternative to cotton for small farmers looking to supply local clothing producers. The efficiency of hemp allows small farmers to grow much more substantial amounts of hemp with their available land and water resources.

In addition to the efficiency and comparative strength of hemp over cotton, hemp requires far fewer pest control measures to be grown effectively. Unlike cotton plants, cannabis overshadows small weeds and strangles them, rather than the other way around. In dealing with insects and invasive fungi, cannabis has the natural pesticide THC, which kills or repels pest species. Unlike with cotton growing, where farmers favor large numbers of toxic pesticides, hemp produces its own pesticide and does not entice farmers to spray it with caustic chemicals.

As hemp is stronger, more efficient, and requires fewer pesticides than cotton, one may wonder why it is illegal and in a massively subservient position to cotton in the global fabric markets. This is a very easy question to answer: The natural pesticide THC repels insects and plant parasites, but it is the active ingredient that makes cannabis a narcotic.

In the early 20th Century, DuPont Chemical started developing chemical procedures to pulverize wood and turn it into paper and chemical pesticides in order to facilitate the growth of cotton. Hemp is a very strong plant material and DuPont wanted to sell its nylon material as a substitute for the natural fibers of hemp. In addition to this, hemp requires few pesticides and simply had no need for the new chemical pesticides that were being developed by DuPont; if hemp were to have overshadowed cotton as the primary textile fiber, DuPont’s new chemical pesticide industry would have been worth far less and their sales would have been drastically reduced. As such, hemp was a dual competitor with DuPont’s business and the company did everything in its power to kill the hemp industry.

In order to kill the hemp industry, DuPont used its influence over the government. Throughout the 1920s, Andrew Mellon was US Treasury Secretary, the owner of DuPont’s primary financial backer, Mellon Bank, and a relative of Harry Anslinger, a high ranking official in the federal alcohol prohibition office. This trifecta of influence allowed DuPont chemical to push for the criminalization of cannabis after Harry Anslinger became the head of the Federal Bureau of Narcotics in 1930. From 1930 to 1937, Anslinger pushed a hard line anti-cannabis policy that eventually resulted in the criminalization of both hemp and cannabis for smoking.

In order to facilitate the criminalization of cannabis, the Federal Bureau of Narcotics utilized a combination of racism and disinformation. Cannabis was tarred as a dangerous and powerful narcotic that would turn people into psychotic killers. Here is a propaganda poster from this era:

To further compound the propaganda around cannabis, many interests connected cannabis to racism against Black and Hispanic Americans in that era. Cannabis was proclaimed to be an invasive drug, brought in by Mexicans and offered to white Americans in a way that would translate the perceived “laziness and criminality” of Mexicans to the American population. It was also declared to be a major factor in Black American’s committing crimes and harming white people. Obviously, none of these smears on racial minorities or cannabis are based in reality—the attacks on minorities were based in pure racism, while the attacks on cannabis were based in the economic interests funding the anti-cannabis movement. 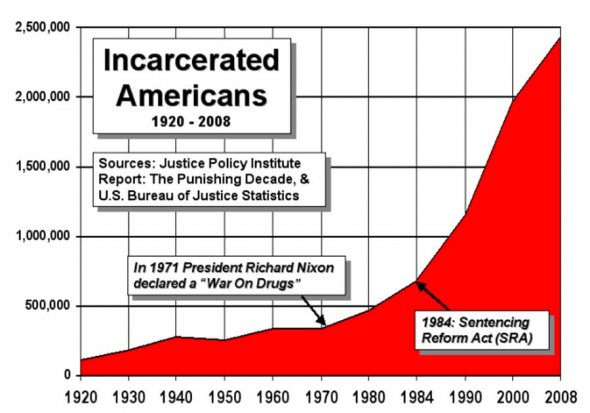 Since the mid-20th Century, the criminalization of cannabis has shifted from a move by rival textile and chemical giants, to profitization schemes by private law enforcement interests (ex. private prisons and security contractors) and general policy inertia. Fortunately, these bans are lifting slowly, as the American population realizes that they have been deceived by anti-cannabis propaganda, and hemp may soon become an extremely viable crop again.

3 thoughts on “Why Cotton and Not Hemp?”