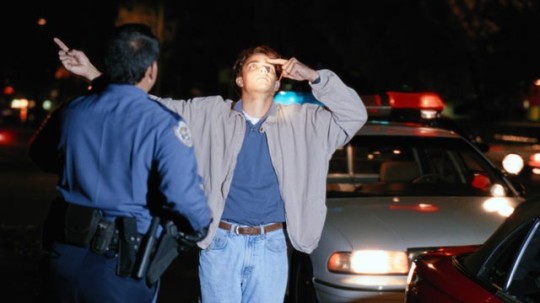 Over the last decade, the United States has suffered a massive crisis in leadership and good public policy. It is as though the country went on a bender at the turn of the century, lost control of its faculties, and spent the following decade and a half in an intoxicated haze—we, as a country, did things and made choices that no sober decision-maker would even consider when in their right minds.

Like an out of control college student who gets blind drunk and wakes up in the drunk tank several cities over, naked except for the college mascot costume, and possessing a hazy understanding of the events of the night before, the USA is in for a very rude awakening. However, unlike said college student, the scope of the damage caused by our country’s millennium bender is much larger than a fine and embarrassment, and will most likely haunt us for decades to come.

Unfortunately, it appears unavoidable that the United States is in for the societal equivalent to the mother of all hangovers once we fully sober up and realize the true scope of the damage wrought while we were intoxicated.

To those of you who were “drunk” at the time, here is what our country was up to during the millennium bender:

Just like with a night of drinking with friends, there were a few sober “designated drivers” who attempted to keep the drunk people from doing crazy things and damaging everything around them, but, unfortunately, they failed—rational voices were overtaken by the fearful, corporatist, and reactionary policies supported by elites of both parties.

While it is undeniable that the extreme right wing in the USA pushed most of the terrible ideas enacted during our millennium bender, the fact remains that the Democrats and the American public stood by and let them. Democrats let their fear of confrontation and greed for corporate money hold them back from opposing the right wing insanity with the aggression that was required. The American people turned a blind eye to the growing extremism within their politicians and refused to do the required research to understand what was really happening before it was too late.

One day, when things finally get so bad that people wake up from their stupor, they will look back and wonder how things got so out of control. Like the drunk, waking from a bender with a hangover and no clothing, these people will be in pain and have no idea what happened the night before (or, in this case, decade before). When this happens, those of us who were not functionally intoxicated will yell at them “you just wouldn’t listen and now things are FUBAR for all of us.”

Unfortunately, many of the things that were done during this period of intoxication have caused irreparable damage to millions of Americans, the stability of the entire planet’s climate, and the lives of those abroad who lost family to America’s wrongheaded foreign policy. Even once the people wake up, there is no way to fix the substandard education given to those who grew up in the era of public school austerity, return the lives of those who lost theirs in unnecessary wars, or prevent global climate change from ravaging the planet.

One thought on “Our Incoming National Hangover”