Dear MSM: Politics is Not a Game 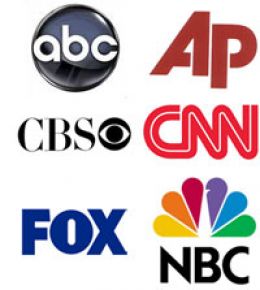 If you watch any of the major network news stations or cable news shows, you have probably seen significant speculation as to the potential candidates and results of the 2016 presidential election. This political speculation started almost immediately after Obama’s second term began and is likely to continue up until the night of the 2016 election.

Media pundits and talking heads have already spent entire segments analyzing different political matchups and potential races (ex. who wins if Chris Christie and Hillary Clinton are the candidates) for the 2016 election, despite the fact that there are no confirmed candidates in the race.

The mainstream media’s preoccupation with the political race crowds out coverage of the more important aspects of politics—you know, the dry policy stuff that happens between elections and manufactured crises—and leads to a situation where politics is seen more as a race than an election.

Unfortunately, politics is a race with the potential to have extreme consequences on every Americans’ welfare, thus it is not a game and shouldn’t be covered like one. Unlike with a race or sporting event, the real work starts after the contest is over, thus the media’s preference to skip to the next “race” leads to them ignoring the real issues of import.

The mainstream/corporate media’s fascination with politics as a horse-race is a function of their desire for ratings and preference towards superficial stories over more important—but more complex—issues. It is easy for media outlets to draw an audience and cover the “news” when the topics being discussed are political cat-fights between competing politicians; conversely, it is much more difficult for these organizations to draw an audience when the topics are complex—such as the economic ramifications of deregulating complex financial instruments.

Sensationalism and circular arguments over political races draws in viewers and the corporate media is dependent upon advertising revenue. This monetary incentive leads media outlets to cover what sells, rather than what is important information for the American public. If they don’t get viewership and rating, they don’t attract advertising revenue and they lose money.

Even when it decides to cover substantive issues, the mainstream media tends to focus upon the political ramifications of policy rather than its policy consequences. Instead of discussing the consequences, efficacy, and efficiency of a policy, the media obsesses over the political responses to the law’s passage (or, in most cases, lack of passage).

For example: While covering the “sequester,” much of the mainstream media has focused upon discussing who would gain a political advantage because of the sequester and who would suffer electorally. Other than covering the fight over the FAA funding (which was, in itself, sensationalistic) and giving cursory mention to programs getting their budget cuts, the media has dedicated little time to the real-life consequences of the sequester.

In essence, the media has transformed its political coverage from substantive discussions over policy issues into the political equivalent to fantasy football—they focus on political strategy and the horse-race, but there is no real substance.

Focusing upon elections over governance leads people to be ill-informed as to what their leaders are actually doing after winning their races. This lack of information causes our democratically elected representative to have the ability to act in ways which are not in the interests of their constitutions (ex. taking 40 different doomed votes to repeal ObamaCare or sanctioning digital dragnet surveillance). If the people are not informed by the media, they simply cannot make an informed decision come the next political race—they will have to rely upon coverage of election predictions by the media and massive numbers of advertisements by the politicians rather than an actual knowledge of what their representatives have done.

In order to remedy this situation, the mainstream media must simply stop falling prey to the low-hanging fruit of election speculation years before the actual event. Of course, these media institutions should cover the elections when they become relevant, but there is no real reason to be addressing elections which are four years out—after all, nobody knows who will be running or what issues will be important, and everything is just speculation.

People can be drawn into the policy debate and ratings can be sustained but it will require some work on the part of the media. Discussing policy may be more difficult than covering the political race, but the media should be up to this challenge. We must demand that the media stop acting simply as the announcer at a race track—announcing and speculating upon races—and start must acting as the fifth estate it is supposed to be.

2 thoughts on “Dear MSM: Politics is Not a Game”