Read the first half of this article at the following link: https://theprogressivecynic.com/2013/08/26/a-seven-point-progressive-policy-agenda-part-i/

IV.            Investment – Getting America back to work and building the next generation

Fund Education: Out of every possible investment for a society to make, I see education as one of the most vital—unfortunately, the USA has let our education system fall into disrepair in a way which is disgraceful for such a wealthy country. I support a reinvestment in education, which includes an increase in overall funding for public schools, better pay for teachers, and the implementation of a revenue sharing system for schools which ensures that schools in poor areas are not neglected while those in rich areas are building new stadiums. In addition to investing in primary education, I support increasing funding to public universities and a national student loan program which offers inflation-adjusted 0% interest loans to all students who fulfill certain academic achievement requirements. 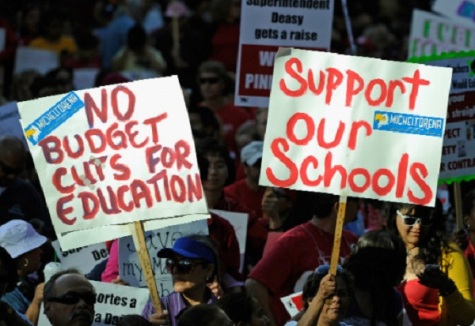 Begin an Infrastructure Overhaul: Our national infrastructure is failing into disrepair due to a lack of upkeep. Roads and bridges are decaying (some areas of TX are now switching to gravel because they can’t afford paved roads) while internet access speed languishes and public transit ceases to function reliably. In order to fix this problem—as well as a good portion of our jobs problem—we must implement a massive national jobs program focused upon infrastructure investment. This program will cost over a trillion dollars, but it is the only fiscally responsible choice; currently, the cost of labor and materials is cheap, thus waiting until our infrastructure becomes non-functioning and prices are higher will only cause us to have to pay more in the long run. 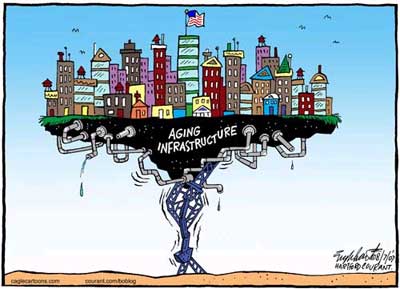 Research Alternative Energy: Put simply, we cannot continue to rely upon fossil fuels, both because they are polluting and because they are finite. The USA must lead the way in developing new solar, hydroelectric, geothermal and wind energy sources—this development will take time, money and a real effort on the part of the American people. In the meantime, I would support investment in nuclear energy, contingent upon very strict regulations upon the plants so as to prevent an American Fukishima disaster.

Implement a Nationalize Healthcare System: It is far past due for the United Stated to join Europe and much of the developed world in implementing a fair universal healthcare system—the best way to do this is through a nationalized system, where everybody pays into the communal pot through taxation and gets access to healthcare. I support looking at the currently operating nationalized healthcare systems and adapting the most effective one to the needs and resources of the United States. In essence, this plan would turn healthcare into a guaranteed service, much like the police and fire departments, and would ensure that everybody has access to care and no worry about being thrown into debt by illness (currently, the leading cause of debt in the USA is healthcare costs).

Stop Domestic Spying: The NSA’s spying program is a dragnet that is in absolute violation of the 4th Amendment. We must safeguard our country, but this cannot justify the sacrifice of everything which makes us a free country. Massive and non-specific domestic spying must be stopped as soon as is possible.

Re-Affirm Protections Against Indefinite Detention: It is absurd to think that the concept of “indefinite detention” could have developed in the USA, but it has. For years, foreigners have been indefinitely detained by the military in various extra-legal settings (ex. Guantanamo); in addition to this, the modern incarnation of the NDAA now authorizes this same type of treatment for Americans, if some future administration chooses to utilize the power. This terribly unconstitutional overreach must be stopped and the laws which violate the Bill of Rights must be repealed or altered.

Re-Authorize and Expand the Voting Rights Act: In a stunning act of judicial activism (even according to Supreme Court Justice Ginsberg), the Supreme Court has essentially crippled the Voting Rights Act, opening minority voters up for disenfranchisement. It is virtually impossible to overturn a Supreme Court ruling, but we can reauthorize the VRA if we extend its coverage criteria to include the entire United States. This solution would sidestep the Supreme Court’s attempts to kill the law and would ensure that every voting area would be held to anti-disenfranchisement standards.

VI.            Law and Order – Making our legal system just, rather than unequal and draconian

Stop the Drug War: The war on drugs has absolutely failed and only resulted in the criminalization of millions of people and the wasting of billions of dollars. We must stop the war on drugs, decriminalizing the less dangerous drugs (ex. Pot, shrooms, etc) and offering treatment to non-violent addicts rather than draconian prison sentences. In addition to looking forward, I would commute the sentences of all non-violent offenders currently serving time for drug offenses and let them out of jail, contingent upon mandated drug treatment. Once we drain the system of non-violent addicts, we can focus our resources on imprisoning the dangerous and treating the benign so that they can reenter society as productive people.

End the Two-Tiered Justice System: Currently, the wealthy are allowed to escape responsibility for terrible crimes (ex. HSBC laundering money for terrorists and cartels) without consequence, while the poor are crushed in a draconian legal system. We must stop this two-tiered justice system and begin applying the laws equally, regardless of the economic means of those involved.

Stronger Federal Gun-Control Laws: Every year, thousands of people are murdered with guns and the American people are sick of it. I support a dramatic increase in gun control laws on the federal level in order to stop this carnage—this plan is detailed at the following link: https://theprogressivecynic.com/2012/12/16/the-united-states-of-gun-violence/

VII.            Defense – Stopping military waste and policies which make enemies around the world

Cut Military Bloat: While a military is an unfortunate necessity that must be well-funded, there comes a point where defense spending becomes a parasitic drain on society’s resources—we passed that point during the Cold War and are now in an era of UNBELIEVABLE waste in our military. We must get smart with defense and stop wasting billions of dollars a year on defense contractor waste, weapons systems that we don’t need, and military bases in areas where we have no need to be in. Once we do this, we must take a hard look at the determinations for when US military intervention is necessary, and retool the criteria in order to produce the best result with the least blowback (IE. no more wars for oil).

Stop the Drone Campaign: Drones are a new and potent weapon in the arsenals of the US military and intelligence apparatuses. Unfortunately, they have been horrifically misused in both the Bush and Obama administrations, leading to the targeted assassination of civilians, “double taps” and sustained missile bombardments in countries that we are not at war with. These abuses need to stop immediately and strong rules need to be put into place in order to limit drones to battlefields and other legal uses.

Prosecute War Crimes Committed During the Bush and Obama Era: In the years since 9/11/2001, the United States has committed war crimes, including instigating a war of aggression, torture, and the deliberate targeting of civilians, medical personnel and journalists. If we are to have any credibility on the national stage, we must punish those who were involved with this, regardless of which party they may belong to.  I would open an independent and non-partisan investigation into the US military’s conduct over the past twelve years and would pursue prosecutions against everybody determined to be involved in war crimes—nobody, not even presidents Bush and Obama, should be exempt from this scrutiny and potential prosecution.