Ted Cruz is a Model for the Current GOP

On September 24th, 2013 Ted Cruz (R-TX) got up and gave the American people a perfect model of the entire modern Republican Party: Cruz—a self-aggrandizing, smug, extremist with only a tenuous attachment to reality (or a willingness to spew nonsense if his corporate backers desire)—monopolized the legislature in order to bloviate about nonsense, make a big publicity splash, and do absolutely nothing of substance.

When Ted Cruz stood up and started speaking, he was trying to approximate a standing filibuster similar to the ones that Wendy Davis and Rand Paul have done recently. Davis and Paul both received immense publicity and credit for their stands, and it is likely that Cruz was trying to copy such success.

However, unlike with Davis and Pauls’ filibusters, Cruz’s “stand” was not an actual filibuster, as it was focused upon attacking the existing law of ObamaCare (filibusters only work on bills before a cloture vote, thus Cruz is years too late to filibuster ObamaCare) and was not scheduled in a way that would delay a cloture vote. Because of these two distinctions, we are left with the conclusion that Cruz either has no understanding of legislative procedure, or believes that the American people are simply easy to trick. 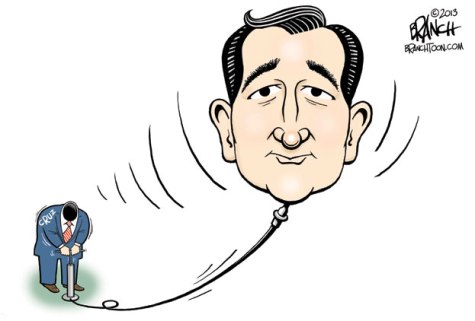 Finally—just to round out the absurdity of this grandstanding—Cruz voted for the bill which he was supposedly filibustering mere hours after his pseudo-filibuster ended.

The modern GOP has become infested with politicians just like Cruz. These politicians are extremists who are paid by corporate interests to set aside shame and make complete jackasses of themselves in the legislature; they care nothing for decorum or procedure, thus they are willing to do crazy things in service of their agenda (like proxy-filibuster an existing law by staging a 21-hour fake-filibuster against a continuing resolution which would fund the government, before voting for the very bill which they had just attacked).

In short, these people want to do nothing, but be very loud while doing it so as to fundraise and perpetuate their ability to do nothing and fundraise. It is this mentality that has crippled Washington and depressed the approval ratings of the Congress below that of Dick Cheney and genital lice. 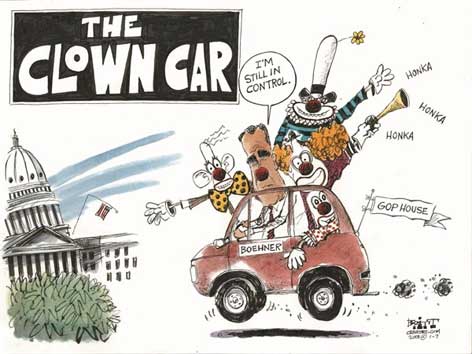 At one time, the GOP was a coherent party and it was possible to have a substantive debate over policy with them. Unfortunately, this age ended with the 20th century and the GOP has become nothing more than a clown show. Other than these publicity spectacles, dozens of bills repealing ObamaCare, and the near-monthly threats to shut down the federal government if their demands are not met, the GOP has become non-functioning—they exist to tear down Democratic policies, not pass their own, and have no desire to make deals or compromise.

The status of the current GOP is dangerous because, if we want a functional government, we need at least two rational parties to choose from. The current Republicans’ extremism and willingness to hold the economy/full faith and credit of the USA hostage make it impossible for an informed and rational voter to support them, thus the Democrats have a captive voting base. Even if the Democrats don’t represent their constitutions, they simply need to point at the frothing mass of crazy that is the alternative to them in order to garner votes.

Even if one is conservative and wants to elect right-wingers, the actions of the GOP are too irresponsible for any sane and informed American to condone. It isn’t conservative to hold the economy hostage or to abuse parliamentary rules in order to impose a tyranny of the minority. 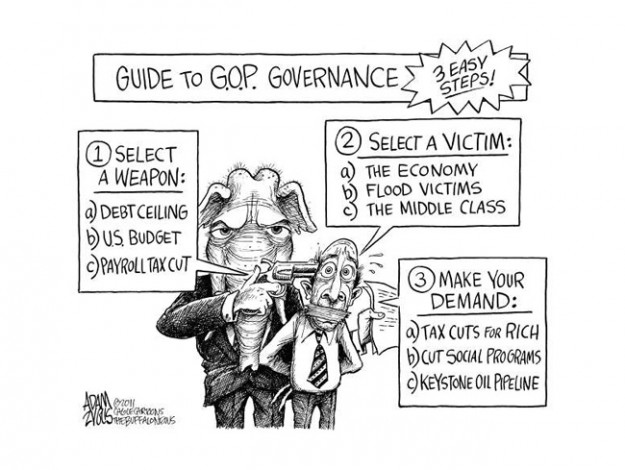 Until the GOP voters wake up and purge their party of the lunatics, we will exist within this broken two-party dynamic and nothing will get done. The GOP will block everything and instigate hostage situations in order to kill progressive laws that they don’t have the votes to repeal, while the Democrats will quietly keep helping big corporate donors without fear of progressive challenges (after all, a primary could lead to the crazy guy getting elected).