Bread, Circus, and the Complacency Before the Collapse

Many Americans are familiar with the term “bread and circus” because of the department store with that name, but few are aware of the term’s etymology.

The term bread and circus (panem et circenses) was coined by the ancient Roman poet Juvenal in order to describe a method by which an unresponsive government can placate a population. Basically, for as long as the powerful are able to supply the masses with a rudimentary level of food and a steady stream on entertainment, they will be able to prevent a significant level of civil unrest. 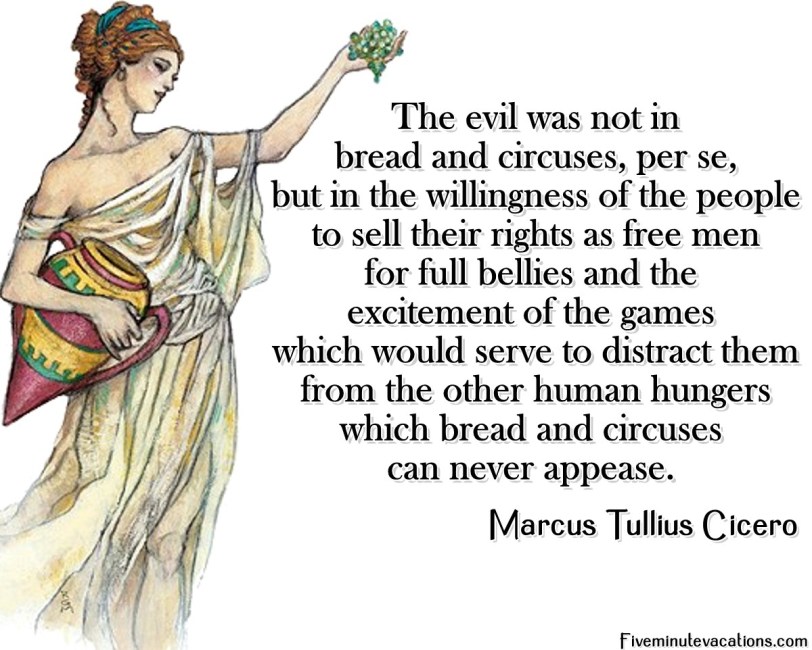 The concept of bread and circus has appeared in numerous societies, but in slightly different forms. In ancient Rome, the “bread” was grain, given freely to citizens, while, the “circus” consisted of a combination of gladiatorial and field (ex. chariot) games. As technology has advanced, the American “bread” has become cheap food, subsidized through SNAP (food stamps), while the “circus” has become mindless and vapid digital entertainment (ex. the Kardashians, Duck Dynasty, etc.).

Despite the technological updates to the term, the general idea remains the same: The societal elite can placate a population with the bare minimum required to eat and enough amusement to pass the time, in order to keep them under control. This placation gives the elite the ability to do fundamentally unpopular and damaging things, without having to worry about the population revolting en mass—enough people are lulled into inaction by the fact that they are just scraping by and believe that they will one day be one of the elite. 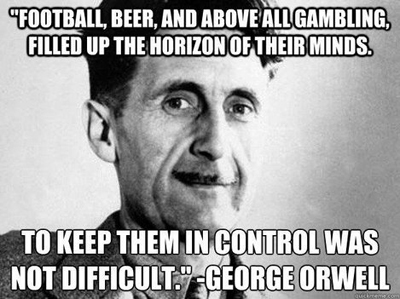 It is important to note that I am NOT arguing against the social safety net—such social programs are vital because they are the only things that keeps millions of Americans out of poverty—nor am I arguing that the government should censor vapid entertainers. However, I am saying that the population must shake the complacency that comes with the bread and circus, lest we allow those in power to keep abusing their positions for personal gain.

There is a point between the middle class and the destitute, where people are most affected by bread and circus—unfortunately, this is a rapidly growing demographic in the USA. People who are able to just scrape by due to government assistance are not well-off enough to challenge those in power, yet are not desperate enough to do something drastic. These people are stuck in an economic purgatory where they are politically demobilized and just trying to survive.

In the United States, the people in this economic purgatory consist of the “working poor” and the lower portions of the middle class.

If rudimentary government assistance to the poor were to be retracted it is highly likely that a massive uprising would result and the status quo would be upended—this is supported by the fact that such uprisings have happened in many previous societies where the elite neglect to provide the bread and circus to the poor (ex. the French revolution, the rise of fascism in Europe, modern Greece, etc.). 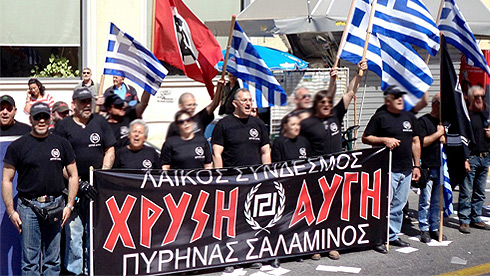 On the other hand, if benefits were increased and corporations were forced to pay a living wage, the population would be able to focus on more than just surviving and would be more able to exert control over their government.

In effect, the elite are best served by keeping as many Americans in this economic purgatory as possible—they will face minimum activist resistance to their agenda and will be able to impose some extremely unpopular programs while everybody is distracted.

Over the past two decades, American elites have advanced an incredibly damaging agenda on our country. A combination of deregulation, tax cuts for the rich, and subsidies to corporations has given those with money every advantage and economically cripple the poor. Those in the lower classes are expected to work for low wages and produce more products that will be sold for the exclusive benefit of the rich executives. To compound this economic harm, our civil liberties have been curtailed and our environment is rapidly reaching the point of no return.

If this agenda continues, the wealth gap will widen and even more money will be concentrated in the hands of the few. Eventually, as poverty increases and our environment degrades, society will reach a tipping point where a collapse is inevitable—after all, we haven’t even fixed the problems which led to the 2008 crash yet. 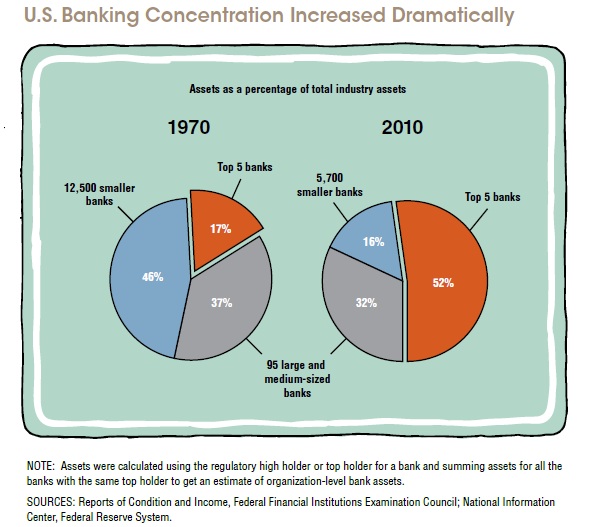 This agenda (and incoming collapse) was made possible by the huge amounts of money that has accumulated at the top as well as the demobilization of the Average American—in short, our politics have become less democratic and more dependent upon money. People have become too distracted by the bread and circus to see that action is needed.

In order to fix the various crises which face the United States, we must recognize that bread and circus are not the only things that matter. Regardless of what the elite say, the American dream is just that—a dream—and there is very little chance of actual advancement for the poor. The deck has been stacked and, unless things change, there will only be minimal chances for the re-creation of a strong middle class.

Many Americans today are far too willing to sit back and tune the world out; the problems that face us seem unsurmountable and survival appears to be a full-time occupation, so it is just simpler to accept the status quo and try to fight your way into a slightly better living than it is to attempt radical change of the system.

Unfortunately, while the people are complacent, the elite are working to enrich themselves and further enshrine themselves as the new feudal lords. They are passing laws which benefit their interests and are chipping away at any attempts to force them to take care of their fellow citizens—after all, they don’t want to have to share the wealth and are perfectly happy to cut off all chances for the middle or lower classes to move up. 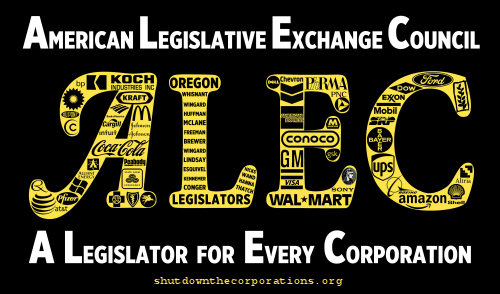 Those of us who have enough to survive must forego some of our our metaphorical circuses and begin to organize in order to inform and change the current broken system. It isn’t easy to get up and start working to change society—it is far easier to put in your 40+ hours a week, buy your cheap processed foods, and live vicariously through mindless celebrities—but it is better than the alternative collapse. 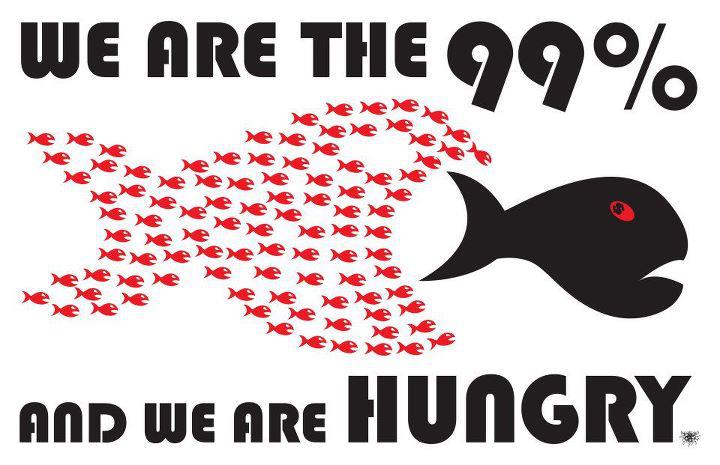 We must use our votes wisely and begin pushing pro-worker and pro-American policies which further bolster the middle class and working poor. Here are a few examples of such policies:

If these, and other, reforms are achieved, there will be less need for the bread and circus of the elite; the American people will share in more of the fruits of their labor and will be far better off.

Put simply, every American has two choices: you can either scrape by with your bread, distract yourself with circus and do nothing to remedy the societal crises which trap millions of Americans in psudo-poverty, or you can get mobilized to make things better.

10 thoughts on “Bread, Circus, and the Complacency Before the Collapse”