After recent mass shootings, anti-gun control advocates have called for the elimination of “gun free zones” and letting more people carry guns in more places. They argue that the path to fewer shootings is through giving more people the ability to shoot back at a shooter and the theory that this will act as a deterrent. 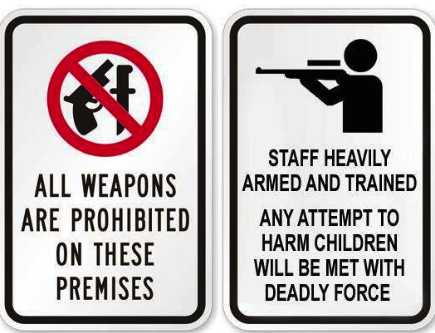 By the logic of the gun activists, shootings in schools can be averted by giving teachers guns and shootings in movie theaters can be averted through letting ticketholders carry their weapons to the show. In fact, some such activists have gone as far as to blame gun-free zones for shootings because they think that shooters are assured not to meet armed resistance.

Put simply, this argument against gun-free zones is both wrong and dangerous for a few reasons:

Despite the clear evidence against their argument, many gun activists have continued to assert that gun-free zones are the problem. One year ago—a week after the Newtown School shooting shocked the nation—National Rifle Association CEO Wayne LaPierre gave an address stating the official position of the NRA in reaction to the Newtown tragedy. Here is an excerpt from that public statement:

“Now, we must speak … for the safety of our nation’s children. Because for all the noise and anger directed at us over the past week, no one — nobody — has addressed the most important, pressing and immediate question we face: How do we protect our children right now, starting today, in a way that we know works?

The only way to answer that question is to face up to the truth. Politicians pass laws for Gun-Free School Zones. They issue press releases bragging about them. They post signs advertising them and, in so doing, they tell every insane killer in America that schools are their safest place to inflict maximum mayhem with minimum risk.”

The gist of LaPierre’s statement mirrors the sentiment of hundreds of current anti-gun control activists. That said, this sentiment is a relatively new development in a long argument over gun control. Just a decade ago, even extreme gun activists avoided calling for schools to be flooded with weapons out of fear that they would be too far away from the mainstream.

On May 1st, 1999—two weeks after the Columbine school shooting—an influential gun activist and the lobbying organization that he represents came out in favor of gun-free schools. He said the following in a public address:

“First, we believe in absolutely gun-free, zero-tolerance, totally safe schools. That means no guns in America’s schools, period… with the rare exception of law enforcement officers or trained security personnel.”

It may surprise people who have only started paying attention to gun policy, but this activist was Wayne LaPierre and his organization was the NRA. When LaPierre decries people who supported the passage of gun-free laws and blames them for modern mass shootings, he is talking about himself and hoping that people don’t look up his past positions. 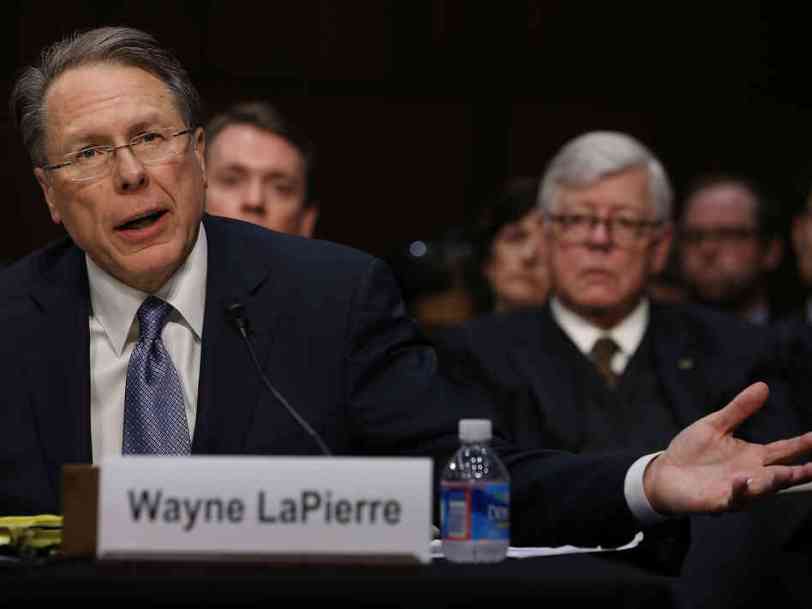 The bipolar statements given by LaPierre should demand that some reporter ask him the following question at his next press conference: “If we are to believe your assertion that gun-free zones enable shooters, will you admit to accidentally enabling shootings by supporting gun-free zones in the 90s, or will you reject this responsibility and admit that you are lying now?”

Victims of Their Own Success

During the 14 years between Columbine and Newtown, what changed in the NRA and society that caused this shift away from gun-free schools? Put simply, gun debates got more extreme and shifted farther in favor of the gun-absolutist position. This shift has allowed the NRA to take positions which would never have been tolerated in past decades.

In 1999, the NRA was doing damage control after Columbine and wanted to mitigate any significant legislation cutting back on guns—in order to do this, they threw their weight behind banning guns in certain vulnerable places rather than restricting the production and sale of the weapons themselves. By restricting where the weapons could be carried rather than the sale or production of the weapons, the NRA shielded its gun manufacturer funders from losses in sales but still gave the public a much needed focus for their anger and motivation to stop the next shooting.

If they had suggested that teachers and other civilians should be armed in 1999, they would be so far away from public opinion and common sense that they would have marginalized themselves.

Since 1999, the NRA has become even more successful and bold–gun laws are weaker than in 1999 (ex. the assault weapons ban expiring) and the NRA has a stranglehold on the heart of the GOP. Over these years, the NRA has shifted the debate farther and farther over to the side of gun anarchy by winning on the state level and obstructing any increase in gun control on the federal level.

In addition to shifting policy, society has become more inured to shootings than in past decades. We have simply had so many shootings and so many massacres that large portions of the population have become demobilized. School shootings happen at such a frequency that they no longer hold the public eye unless they have a significant body count or involve very young children.

The success of the gun extremists and the complacency of the public has allowed corporate shills in the top ranks of the gun lobby to mobilize their extremists and suggest extreme policy without worrying about repercussions—in fact, the NRA leadership now pushes things that 70%+ of their own members do not support (ex. allowing people on the terrorist watch list to buy guns). Ideas that would have been met with incredulous laughter in 1999 are now taken as legitimate policy suggestions and society is feeling the consequences.

While Wayne LaPierre will likely never answer the previously mentioned question, his actions speak for themselves. In 1999, LaPierre supported the most pro-gun policy that he thought could pass, then spent the time after the outrage subsided moving the goalpost. Today, LaPierre is doing the same thing that he did back then—supporting the most pro-gun policy that is feasible—and is lying about the dangers of gun-free zones because he has pushed the goalposts far enough that gun-free zones are no longer his fallback.

If this trend continues, 14 years down the road, we may very well see LaPierre or his successor decrying the evils of just letting teachers carry guns and supporting the freedom of grade school students to own and carry firearms for self-defense in schools. 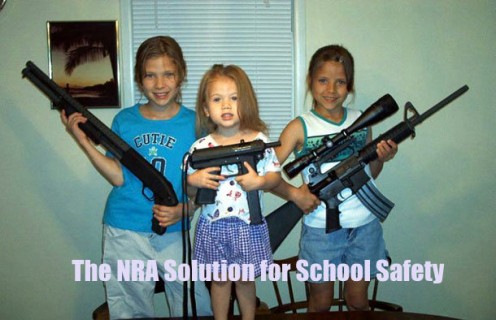 Fortunately, people on the pro-gun control side of the debate are working to prevent the next massacre, thus there is hope that the goalposts will begin to shift back towards a sane gun policy. If this happens, one can only hope that people like LaPierre will fall into irrelevance as the public begins to see how extreme they have become.