The GOP’s War on Poor Women

The Republican Party has spent a good part of the last few decades using the issues of abortion and welfare to stir up their base and retain their power in the country. While many see these two issues as separate, in realty, they are simply part of a continuum, where the GOP uses attacks on the vulnerable to prop up their electoral prospects.

The GOP “war on women” could more accurately be described as the GOP “war on poor women” because virtually every anti-woman policy supported by the GOP in recent years is highly regressive in its targeting—they affect poor women a great deal while having virtually no effect on wealthy women.

The GOP War on Women

The GOP’s “war on women” is characterized by an organized and long-term set of attacks on women’s reproductive choices, economic equality, and equal protections under the law. This war has been fought over decades—from the years of Phyllis Schlafly fighting against woman’s suffrage—and it doesn’t appear as though it will be ending any time soon.

There are several easily-defined fronts in the GOP’s “war on women” and it is important to understand all of them if you wish to get a comprehensive picture of the conflict:

Women’s Health – Right wing activists have spent decades fighting against abortion rights and easily accessible contraception. At times, these fights have become lethal, as the most extreme of the extremists have engaged in terrorism against abortion providers. On the legal front, these extremists have pushed to criminalize abortion, or simply make it impossible to access by eliminating providers with TRAP laws and making the process as painful and humiliating as possible (Virginia even went as far as to attempt to force women to get trans-vaginal ultrasounds that many called state-sponsored rape).

Pay Equality – Women in the United States may have equality of employment in name, but they have yet to receive full pay equality. Today, the average American women who works full time is only paid approximately 77% of what a man would be paid for doing the same work (this disparity increases and decreases based upon specific field of employment). Despite this clearly-documented disparity, the GOP has done everything in its power to obstruct or kill legislation aimed at remedying the wage gap—they filibustered the Lilly Ledbetter Fair Pay Act of 2009 and have stonewalled the Paycheck Fairness Act of 2012 for over two years in the legislature.

Rape – The GOP in recent years has had numerous unfortunate gaffes involving rape. Right wing extremists have minimized rape, attempted to redefine it, and even have called it a gift from god. If these gaffes were simply rhetorical, they would be disgusting but not dangerous; unfortunately, they are backed up by policy suggestions, and GOP legislators on both the state and federal levels have attempted to redefine rape laws so that many women who are raped are put under suspicion or denied medical services based upon the fact that their rape wasn’t “forcible” (ex. if they were drugged or simply didn’t resist enough).

Voting rights – In their crusade to shrink the voting pool, the GOP has disenfranchised thousands of women. Voter identification laws require that prospective voters supply ID in their legally-given name in order to vote—this becomes a problem for women because many wives take their husband’s name, thus a disparity in given and legal names exists in identification. Women who go to the polls with ID that has their new names, yet records have them with a different given name, are unable to vote.

The GOP War on Poor Women

A superficial look the GOP war on women might lead some to assume that women of all demographic groups are affected equally. This is incorrect, as a vast majority of the battles in the war on women are fought over issues that disproportionately affect the bottom 90% of the economic ladder. While the GOP does utilize the rhetoric of the war on women to gain votes, their overriding directive is to protect the rich, regardless of what parts they were born with.

Here are my analyses on each battle of the war on women, clarified with an eye towards its regressive nature.

Women’s Health – Abortion services are being restricted in the United States through the elimination of providers in many areas, thus making it impossible for women who cannot travel to obtain their constitutionally protected procedure. Obviously, travel capacity is a function of economic means, thus poor/middle class women are restricted from abortions, while rich women fly off to a private clinic in Sweden and get the procedure done. The capacity to travel also prevents rich women living in red states from being forced to endure the long wait times, intentional humiliation, and wait times that are forced on red state abortion clinics. 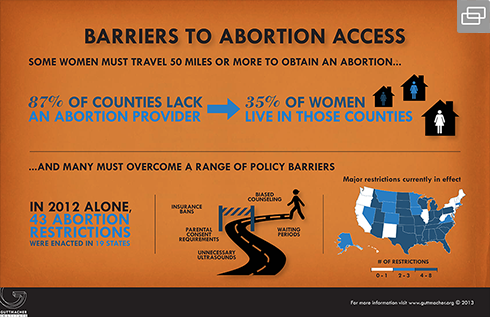 Pay Equality – The GOP restricts laws which would solve the gender pay equality gap, but this obstruction has little effect on rich women. As with most wealthy people, wealthy women make most of their money through investment, not salary, and there is no gender gap when money is making more money. Additionally, wealth women tend to own their own businesses, thus are not subject to wage discrimination. Those who are harmed by anti-equality policies are the poor and middle class women who are the most vulnerable.

Rape – While the GOP’s rhetoric on rape isn’t targeted by demographic, the substantive consequences of their rape-extremism are. When a rich women is raped, it is inconceivable that the police would start quibbling over “legitimate” or “honest” rape out of fear of lawsuit—this is not true with poor women, as the GOP would have our police suspect the claims of rape victims and try to parse whether or not their rape was honest, legitimate, forcible, enjoyable, easy or emergency. Additionally, wealthy women have access to abortion in the case of rape regardless of local law, while poor women lack the funds to go out of state for an abortion if the GOP manages to prevent rape victims from aborting.

Voting Rights – The primary barrier to voting that the GOP puts up is one of identification; this barrier affects the poor (many of whom are minorities and Democratic voters) but has little consequence on the wealthy. Wealthy women can easily hire lawyers or obtain new identification to conform with the new laws, while poor women are either economically or logistically unable to obtain those new IDs. 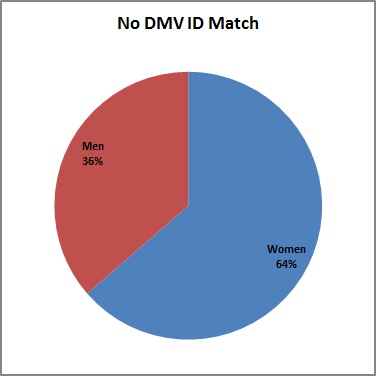 5 thoughts on “The GOP’s War on Poor Women”