How and Why the USA Should Legalize and Regulate Drugs

To preface my argument in this article, I will make my five major assumptions of fact on the issue of drug usage clear:

Given these five assumptions about the reality of drug usage, there are remarkably few drug policies which have the potential to be effective when applied to real life. 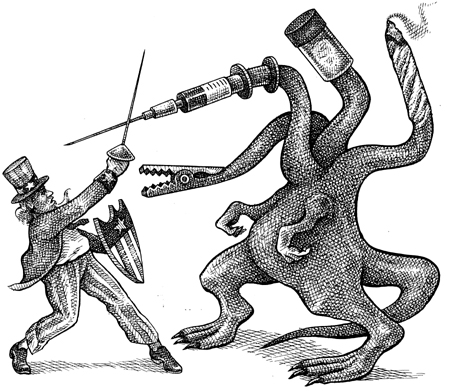 Unfortunately, the United States government has long refused to recognize this reality and has continued to fund the pointless and damaging “war on drugs” even decades after we realized how much harm our drug policy was doing. Because of the drug war, millions of otherwise law-abiding Americans have been incarcerated and had their names tarnished—this incarceration has stolen millions of years of Americans’ lives and has cost the American people billions in public dollars

Fortunately, it looks like the fever is breaking in some states (ex. the legalization or decriminalization of marijuana in several states) and that reform on the federal level may be coming. When the facts are taken into account, there are three major methods by which drug law liberalization could occur in the USA—the following sections are breakdowns of each approach:

The first and least extreme option for controlling drug abuse in the United States is to legalize several less-harmful drugs in order to act as a release valve for the population. The goal of this is to give people the chemical intoxication that they are searching for, but to steer them towards a chemical that doesn’t destroy their bodies or minds. 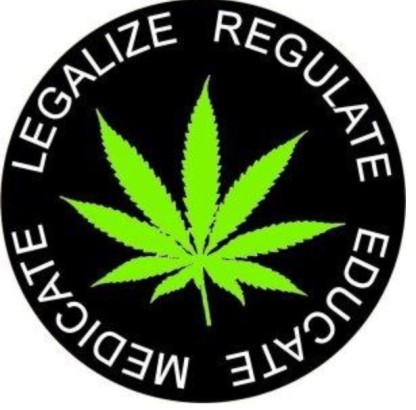 The United States currently implements partial legalization of intoxicants—most prominently alcohol and nicotine–thus it would be very easy simply to move the line slightly in order to include a select group of drugs which are currently on the wrong side of our arbitrary prohibition line. Of course, this expansion of, partial legalization would have to conform to current regulations on less-harmful intoxicants. Just as alcohol has legal age limits on consumption and laws criminalizing the operation of machinery and vehicles under the influence, these new drugs would require common-sense regulations in order to ensure that they don’t harm society.

What actually constitutes a “less-harmful” drug is debatable, but personally, I would support including marijuana, Psilocybe mushrooms, and even some opiates (before its prohibition, opium was used safely by many, including Sir Arthur Conan Doyle and Charles Dickens) in this “less-harmful” category.

Because people have access to legal and safe drugs under partial legalization, they are less likely to resort to incredibly damaging hard-drugs that flourish under prohibition. There is no reason why a person would risk arrest and tainted product on the black market if a safe, cheap and legal high is being offered at the corner store.

Additionally, under partial legalization, the regulation and taxation of drugs become possible. Regulation benefits drug users because it ensures that they are sold a quality product that hasn’t been cut with toxic chemicals and it benefits society because accidental overdoses become less common (addicts know the purity of the drugs that they are using and can judge safe doses more accurately).

Under a supervised legalization drug regime, the government makes it possible for clinics to open where drug users can buy and use drugs in a supervised environment. The drugs are supplied by the clinic, thus regulated for purity, and medical personnel are on the premises if anybody has an overdose.

In effect, this type of legalization takes drug use off of the street and into an environment where their drug use poses less of a threat to society (reduced driving under the influence and drug-fueled violence) and to their own health. Drugs would still be illegal in general society, but the presence of these clinics would create a safe zone where addicts could legally get their needs met.

In addition to providing a safe space for legal drug use, these clinics would provide a platform for drug councilors to help people fight their addiction. By taking addicts out of the shadows, drug treatment professionals would have increased access to addicts, particularly those who would normally fear arrest or ostracization of they were to come forward for help today.

Finally, this type of legalization would dramatically reduce incarceration due to drug crimes, thus preventing millions of Americans from having their lives ruined with a criminal record and reducing the billions in wasted spending from imprisoning non-violent drug users.

Many libertarians and far-left progressives support either the total legalization or total decriminalization of drugs–this would eliminate all drug crimes and would bring drug abuse fully into the realm of health care.

Eliminating drug abuse as a criminal offense and judging people purely on their actions towards others (ex. drinking is legal, but endangering others by drinking and driving is illegal) would allow for the sale, regulation and taxation of any narcotic and would have a profound effect on our criminal justice system.

Instead of criminalizing addicts, those who overdose or act recklessly while intoxicated could be forced into treatment programs which, unlike prisons, cater solely to non-violent users. This segregation of drug users from violent criminals would serve to enhance their treatment (they can focus on getting healthy rather than avoiding gang politics) and would prevent them from “coming out worse then they went in.”

In addition to the effect on users, total decriminalization or legalization would be the deathblow to many criminal enterprises. Without the sale of narcotics to support them financially, many gangs and cartels would go the way of the mafia after the end of prohibition—either into legitimate business or out of business.

While there are benefits to total legalization, I personally think that the total legalization of drugs is an outdated solution to an evolving problem; in the 1950s, before the rise of powerful synthetic drugs like meth, bath salts and PCP, it may have been feasible to legalize all drugs, but that is no longer an option. Certain modern drugs have effects which are simply too extreme for legalized consumption (ex. bath salts addicts chewing peoples’ faces off) and a regime of total legalization would have terrible social consequences.

In my opinion, either partial or supervised legalization reforms would be a dramatic improvement over the United States’ draconian and counterproductive “war on drugs.” Both solutions make it safer for addicts to consume drugs and safer for society to live with addicts. Additionally, both solutions reduce the burden on the system that comes from mass incarceration and would provide revenue to the state through the taxation of drug sales and production.

That said, both options have their drawbacks that must be weighed:

Partial decriminalization still creates the possibility of overdose and, while it does stop impure products from reaching the market, it does nothing to curb human excess. Previous experiments in partial legalization have been successful (ex. the USA after prohibition, Portugal, etc.), but I would still prefer the USA to be cautious during the implementation period.

Supervised legalization is good for addicts who have an easily accessible clinic near them, but many people would likely be left in an uncovered area. Hypothetically, if legal drug clinics were located primarily in more affluent areas, the wealthy and upper-middle class would have easy access to legalized narcotics while the poor would still be primarily reliant on illegal street drugs–this would create a disparity in policing similar to what we have today with black neighborhoods being the focus of drug raids and arrests.

Basically, the disparities between these two reforms boil down to an exchange between access/equality and safety. We can either give everybody equal access to legalized drugs, but do little to stop people from overdosing, or we can run the risk of creating two-tier access to legal drugs while dramatically reducing the danger of drug abuse to society.

Regardless of how one weighs this exchange, the facts remain that our current system is worse than either and that we must move towards one reform or the other.