Since President Obama was elected in 2008, large portions of the mainstream political and media establishment have called him a liberal. This label has endured the years merely out of mutual assent by those in the establishment, even though the president has governed in a way that is anything but liberal.

The motivations of those in the power establishments to call Obama a liberal are varied, but they result in a virtually identical product:

The Democratic establishment is populated primarily by politicians whose policies fall between the center-left and mid-right sections of the political spectrum, but whose rhetoric falls between the center and the mid-left (the rhetoric tacks a hard left as election comes closer). Because of this persistent bipolarity within the party platform, the Democratic establishment is perfectly accepting of Obama’s “talk left, govern right” strategy and has no problem labeling Obama as a left wing president (but they never self-describe as “liberals” because they are afraid of that word).

The Republican establishment calls Obama a liberal because they consider the label an insult and because they recognize that Obama is far to the left of their base. The modern GOP has become so extremely right wing that it falls off of the conventional political scale, thus they call anybody in the mid-right a liberal and everybody from the center or the true left a socialist—if they were alive today, Reagan and Nixon would be derided as liberals, while Eisenhower (and his 90% top marginal tax rate) would be seen as a socialist.

The mainstream media calls Obama a liberal simply because it has lost the ability to do anything but neutrally report the positions of the two parties. For as long as the Republicans are decrying Obama’s perceived liberalism and Democrats are quietly accepting the president as a fellow leftist, the media won’t make any effort to point out how both party establishments’ positions are simply not backed up by the facts.

During his first 5+ years in office, president Obama has done many things, most of them center-right. For example: 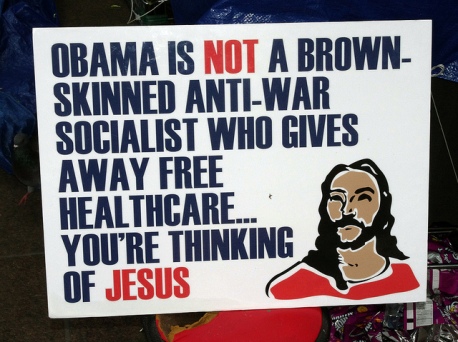 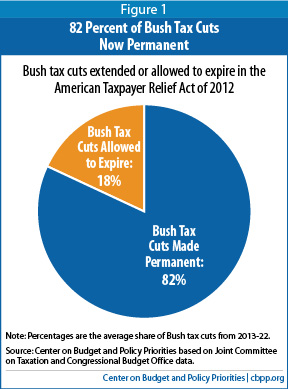 So, what is it that makes Obama a rabid liberal? Is it that he passed Bob Dole’s old health insurance plan? Perhaps it’s his support for the Bush era imperialism and warmongering? Or maybe it’s his promotion of tax cuts and “smaller government” austerity that has earned him this label?

At the end of the day we are left with the fact that, in virtually every major policy area, Obama has supported and implemented center-right policies–the only real exceptions to this are are matters of defense, where Obama is a very convincing neo-conservative, and matters of gay and women’s’ rights, where the composition of Obama’s coalition has forced him to the left (many huge campaign bundlers are gay and the female vote was necessary for him to win election).

In the face of his policy preferences, no rational argument can be made for calling Obama a liberal, progressive or even leftist. Yes, he is to the left of the GOP, but that is because Obama is a center-right corporatist while the modern GOP is a political Frankenstein’s monster–created from the right wing fringes of the libertarian movement, Christian right, neo-confederates, neo-conservative war hawks and anarcho-capitalists; saying that Obama is a leftist in relation to these people is like saying that Siberia is in the south relative to somebody standing at the north pole.

The Damage Caused by Calling Obama a Liberal

Referring to Obama as a liberal is not only inaccurate, but it is damaging to the electoral chances of real liberals and the likelihood of getting liberal policies passed.

First and foremost, labeling center-right policies as liberal causes low-information Americans to place the political center somewhere in the mid-right rather than the true center. They assume that the center is somewhere between the “liberal” position of the president and the “conservative” position of his opposition, without ever realizing that Obama is already staking his claim in right wing territory. This false-center for political debate causes any truly left wing proposition to be marginalized as “too extreme,” thus it limits the acceptable policy proposals between true centrism and the extreme-right (the two points equidistant from the false center).

Second, referring to unpopular policies as liberal when they are, in fact, centrist or right wing tars liberalism unfairly. When a center-right policy fails, yet everybody believes that the policy is liberal, the center-right is able to deftly deflect blame onto liberals and suggest a “solution” that drags policy ever farther over into right wing territory.

For example, many people who hate ObamaCare and believe that it is socialist/leftist wrongly attribute blame for that hated program on liberalism. In reality, the “liberal” healthcare options are “healthcare for all” (ex. a nationalized system like Canada) and the public option (Medicare for all), while the conservative options are the individual mandate (IE. ObamaCare) and the “die in the street” option. Those who see Obamacare as a failure because they have been convinced that it is too liberal, are tricked into moving towards the right, which means that they start supporting the extreme-right wing, market-based, “die in the street” option. This is made particularly damaging by the fact that we need to move in the partisan direction in regard to healthcare, as studies show that single-payer and national healthcare models outperform the current market-based model (never mind the pre-ObamaCare mess).

If liberals wish to retake the language of liberalism and inform the American public as to what our ideology has to offer them, we must first stop letting illiberal politicians co-opt the label. Obama is not a liberal and all true liberals must stress this in the media and on the stump in order to get the media debating the non-existent liberal credentials of our president–unless we start this process, we will be blamed for Obama’s center-right failures and the media will obliviously parrot the establishment talking points to the uninformed public.