Last week, the Miami Herald reported on the truly shocking story of Darren Rainey—a mentally ill, non-violent drug offender, who was tortured to death by guards. This story is not only tragic, but is also perfectly illustrative of several major problems in the United States prison system. 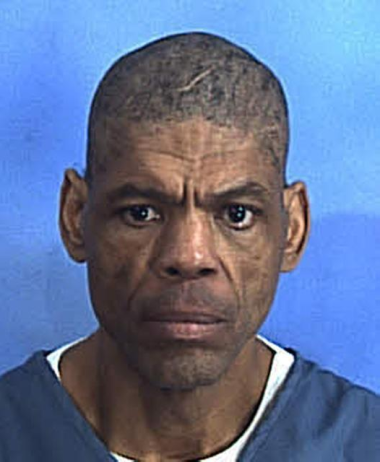 Darren Rainey was an inmate in Florida’s Dade Correctional Institute, serving the last two months of a two year sentence for the possession of cocaine. After a conflict with guards in June 2012, the guards literally boiled Rainey alive in the prison showers.

While the exact details of the events leading up to this killing are unknown, it is known that Rainey was a mentally ill man who probably was being punished for defecating in his cell. Shortly after refusing to clean up the feces in his cell, Rainey was forced by guards into a prison shower stall with the water turned on to the highest temperature. These guards kept him in this cell for over an hour—with him begging and screaming for them to let him out—until his skin started to peel off and he died.

As of yet, these guards have not suffered any consequences, legal or professional, and the prison authorities have attempted to cover up this murder. They have perpetrated this cover up in several ways:

While the Rainey murder is particularly gruesome, it is only the most extreme manifestation of a widespread and persistent crisis in our prison systems. Our prisons are overcrowded, filled with abuse, and focused upon warehousing rather than protecting society and preventing recidivism.

Systemic problems in US Prisons

The torture and murder of Darren Rainey by the Dade Correctional guards represents a composite of three serious issues endemic to the American criminal justice system.

First, we are faced with the absolute lack of humanity in the guards involved—they boiled an inmate alive for irritating them—and an absolute lack of oversight by their bosses. This kind of thing cannot be tolerated in our country and we must ensure that anybody who abuses their power as terribly as these guards is punished to the fullest extent of the law.

It is inevitable that sick and evil minds are attracted to positions of power and authority, thus there is an intense need for accountability and transparency in any such position (ex. police, politicians, guards, military, etc.). When accountability breaks down and those in power responsible for oversight care more for sweeping problems under the rug than actually preserving the rule of law, we see this kind of atrocity go unpunished.

In recent years, we have seen numerous examples of prison guards and administrators sanctioning or covering up abuse by the sadists within their ranks. Just in the last month we have heard about prisoners being locked in 100 degree cells for long periods of time and mentally ill inmates being neglected and denied their medications (which led to suicide in at least one case). Unfortunately, while these abuses are spread out across every state, in numerous institutions, the one common factor is that prison administrators have been extremely negligent in stopping abuse and punishing abusers.

Second, the fact that Rainey was incarcerated as a mentally ill, non-violent drug addict, illustrates just how badly our criminal justice system has failed to properly place prisoners. Instead of putting mentally ill people who violate the law and drug offenders into treatment, we warehouse them in jails, where they are exposed to violent individuals (inmate and guard alike) and don’t have their problems addressed. At best, this incarceration causes individuals to leave jail with the same problems that sent them there in the first place and, at worst, these people develop new habits, associations, or enemies that will follow them back into society.

Prison guards are neither drug counselors nor mental health professionals, so they are simply not capable of meeting the needs of many under their care. If they had even rudimentary training in mental health, the guards who killed Rainey for defecating in his cell would have realized that his actions were not his fault and that they must be patient with him (although their actions may indicate that they were simply psychopaths who wouldn’t care even if they understood Rainey’s problems).

If we want to prevent the abuse of prisoners and actually work towards reducing the root causes of incarceration, we must replace incarceration with treatment. People who break the law because they are mentally ill must be placed in the appropriate group home, hospital, or therapy environment so that they can receive the treatment that will prevent them from breaking the law in the future. Additionally, those who suffer from drug addiction must be placed in detox or drug treatment facilities so that they can get their lives back on track.

Drug offenders who are functional and who don’t let their use of substances affect others (ex. by stealing to fuel their habit or driving intoxicated) or destroy their lives, should be given the option of treatment, but should largely be left alone (essentially what we have done with alcohol addicts).

Third, the lack of attention on this story by the authorities and the media illustrates the complete disconnect that occurs in accountability when we label somebody a “convict.” In short, the American media and justice establishments write off our prisoners and let terrible abuses go unpunished, if not also unseen.

If a few random people on the street kidnapped and boiled a guy alive it would be a massive story that would capture the attention of the public—if the person who was killed was rich, a Wall Street banker, or anybody with any power, this story would likely have been front page news. The attention on this story by the media would compel the justice system to take swift and extreme action against the perpetrators and we would likely see a media circus similar to when a serial killer is caught.

The fact that the victim in this case was in jail does nothing to mitigate the tragedy of his death, but it does make it easier to cover up and harder to prosecute. The authorities have means, motive, opportunity, witnesses, no chance of mitigating factors, and a highly controlled environment where the crime occurred—this is the prosecutorial equivalent to a home run, yet they have not moved to prosecute those involved.

If you believe Fyodor Dostoevsky when he said that “you can judge a society by how well it treats its prisoners,” the murder of Darren Rainey is an immense blow against our society. A failure to bring those who killed Rainey to justice would only compound this damage and would be a downright betrayal of the rule of law.

The 8th Amendment to the United States Constitution specifically prohibits cruel and unusual punishment. Even if a person breaks the law, it is neither legal, nor moral to let them be tortured or murdered by prison guards—this is true for every prisoner, from non-violent pot users, to insane serial killers like Jeffrey Dahmer (who was a serial killer, cannibal, rapist, and pedophile).

We need to totally reform our criminal justice system, from arrest to incarceration, and stop the terrible abuses that millions of Americans face on a daily basis.