From Fallujah to Ferguson: the Dangerous Militarization of American Policing

As virtually everybody who reads the news knows, the shooting of 18-year old Michael Brown by a Ferguson, Missouri police officer has ballooned into an extremely volatile situation—protesters have flooded the streets of Ferguson, while police have armed themselves with weapons fresh off of the Middle Eastern battlefields in Iraq.

While the shooting occurred over a week ago, I will not be speculating about it in this article—I will be focusing entirely upon the police response to the protests of the shooting and the terrible path of militarization that our police forces have gone down. Next week, when more information is released about the shooting itself (currently, the police have yet to release an autopsy, ballistics report, toxicological screens, official witness statements, or any information other than the name of the shooter), I will write a separate article analyzing it.

The militarization of a police force is a multi-faceted process that transforms a civil police force into what amounts to a paramilitary occupying force. In Ferguson, we are currently witnessing the end-state of a militarized police force, treating American citizens as though they were an occupied population being held under martial law in a foreign nation (ex. Iraq).

Weapons of War on American Streets

The most obvious sign of police militarization is a repurposing of military guns, armored vehicles, and tactical uniforms for police use. Domestic police start dressing like soldiers, using the weapons of soldiers, and driving the vehicles that soldiers would use in an active military setting. These weapons allow police officers to enforce their will on the population and present an intimidating show of force to deter any dissent (ex. refusing to disperse a protest).

In addition to increasing the capacity of the police to exert force, the distribution of military weapons to domestic police creates the desire to use the new “toys” on the part of police. They have the equipment, are dying to use it (I mean, who has a tank and doesn’t want to drive it), and will pull it out at the earliest provocation, despite the fact that it isn’t the best tool for the job.

In Ferguson, we have seen the deployment of mine-resistant armored vehicles, escorting legions of police officers armed with military assault rifles. These vehicles and munitions were bought, with virtually no effort and at very low cost, through a Department of Defense program that virtually hands out millions of dollars in surplus military ordinance to domestic police forces every year.

If you were to see the MRAP in the previous picture rolling down your street with that escort, you would be entirely justified in assuming that they were soldiers in Baghdad, hunting some dangerous terrorist with the threat of incoming RPGs keeping everybody alert—unfortunately, if you look at the tags on the officers’ flak jackets, you will see that they are simply the new police in the United States. 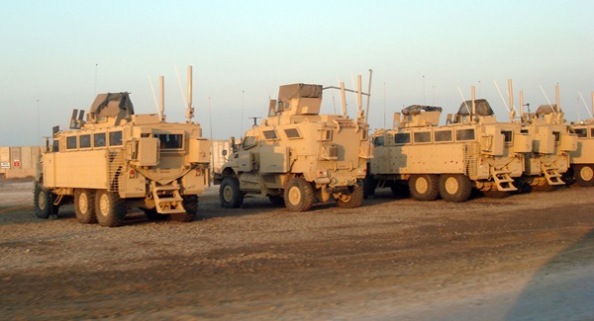 …these are the MRAPs in Baghdad (specifically Camp Stryker). While the color scheme is different, they are all versions of the same vehicle.

Pro-militarization advocates (who oftentimes are “coincidentally” affiliated with arms manufacturers) argue that the US is dangerous and that our police should have the very best tools to keep themselves safe—this argument, while superficially appealing, is completely false.

As was proven by Captain Ron Johnson, pulling off the armor, and starting to walk with and talk to the protesters honestly was far more effective than presenting them with the threat of force. Tanks, guns, and military body armor enflamed the situation and led to police crackdowns, while getting officers to dialogue with the population had the opposite effect.

Militarized police forces often have extreme responses to dissent, both from the population and the media. Their militarization creates a mentality that necessitates control in every situation (as though they were on a battlefield) and sees any dissent as a direct threat to be crushed at any cost—citizens are beaten, arrested, tear gasses, or even fired upon at the slightest provocation, while press agents are harassed and disrupted.

In Ferguson during the last week, we have seen police fire tear gas, bean bag rounds and rubber bullets indiscriminately at protesters while utilizing LRAD sound cannons to disperse protests. While nobody has been killed by these “non-lethal” weapons in these protests, numerous people have been injured or put into immense pain by clouds of irritating chemicals.

In addition to crushing the protesters, the police in Ferguson have made every effort to prevent the media from covering the protests. They have instituted a no fly zone over Ferguson to shut out news choppers, arrested 4 reporters (2 for not leaving a McDonalds fast enough and 2 last night while covering the protests in the streets), and even fired tear gas at an Al Jazeera camera crew. 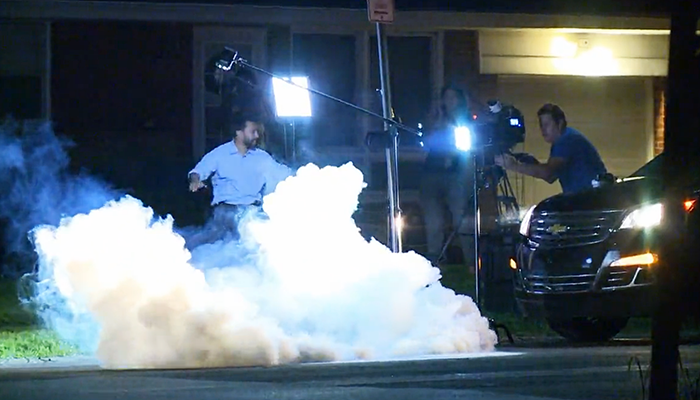 Put simply, the Ferguson police are demonstrating exactly why our founding fathers wrote the 1st Amendment—they are trying to suppress peaceful redress of grievance against the government and cover up their crimes by bullying the media. Unfortunately, a militarized police force doesn’t prioritize adherence to the Constitution over enforcing quiet over the population, thus police forces like that in Ferguson have regularly abused those who should be protected by the 1st Amendment with impunity (ex. Occupy Wall Street).

When a police force is militarized, they prioritize enforcing rigid order over looking after the well-being of the community that they are supposed to protect. This mentality is very similar to that of an occupying army towards the population of a land that they are controlling (ex. the US military in Iraq).

A militarized police force will use military tactics and extreme force to achieve their goals, completely disregarding the long term consequences of their actions on those they police. They react with overwhelming force rather than building ties within the community and finding less damaging ways of achieving the same goals (ex. talking to community leaders to diffuse anti-police actions rather than just gassing and shooting at protesters until they disperse).

In many places, this lack of care for the wellbeing of society is coupled with a disconnect between the group doing the policing and the group being policed—the police live far away from the community that they serve, thus their only connection to the community is their duty to enforce the law. They are, in effect, foreigners maintaining order on a population that they cannot relate to, nor that they are forced to deal with in their personal lives.

The Dangers of Militarization

A militarized police force is a danger to the population that it polices and a serious threat to any free society. Police who are armed with military weapons have the power to cause immense damage and, in many cases, are more likely to resort to violence than if they were less able to exert force. They suppress any who threaten the status quo, oftentimes with violence, and are a legitimate threat to our constitutional rights.

If we continue to let our police get increasingly militarized, we will continue to see crises like the one in Ferguson. Mindless force will be used instead of honest discussion, and the most economically vulnerable of our population will be crushed under the authoritarian heel of a police force that doesn’t empathize with them (even militarized police forced don’t often mess with the rich).

Nobody serious argues that our police should be disarmed—we have nearly as many guns as we do people in the USA—but that doesn’t mean that we go to the other extreme and start handing out tanks willy-nilly. 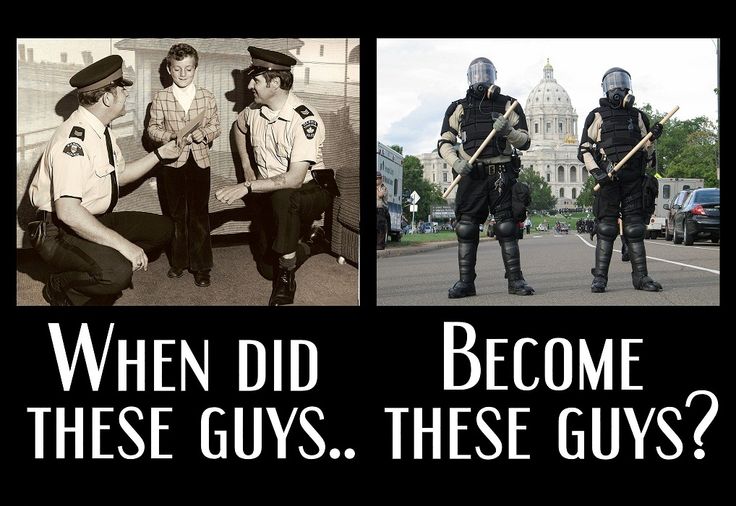 We have reached the point where it is impossible to tell whether we are looking at a picture of soldiers in Fallujah or police officers in Missouri, and this should be a wake-up call for every American.

19 thoughts on “From Fallujah to Ferguson: the Dangerous Militarization of American Policing”