Over the past few weeks, Bill Maher has been raked across the coals by many in the media for supposedly anti-Muslim comments made during his October 6th show. During this show, Maher and Sam Harris engaged Ben Affleck in a debate over the regressive and anti-liberal nature of Islam, as practiced by many Muslims. 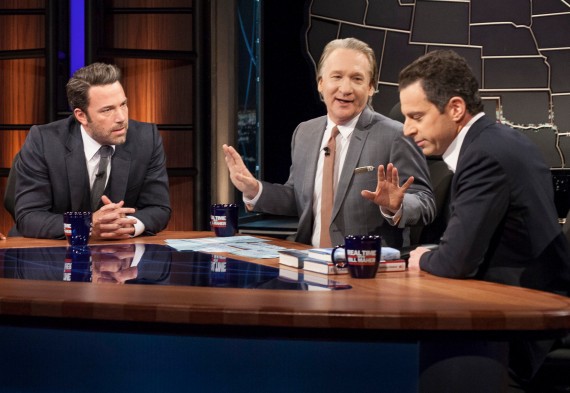 In response of Harris and Maher, Affleck and others have called them bigoted and accused them of generalizing Muslims, reducing all of them to the level of the extremists.

Put simply, Maher and Harris are objectively correct in their statements made in this segment and are not being bigots, xenophobes, or racists. Both of them clearly state that their objections to Islam are based around the dogma and religiously-based actions of Muslims, not the simple fact that they believe in Allah and revere Mohammad—this distinction means that Maher and Harris are judgmental, not prejudiced.

A Statistical Look at Islam

While it is clearly unfair to make any generalizations that apply to all Muslims or reduce the statistically prevalent beliefs of a group to any specific Muslim individual, the statistics surrounding the beliefs of Muslims worldwide confirm Harris’s accusation that Islam is currently the “mother-load of bad ideas.” This isn’t to say that Islam cannot change or that it has always been this way (ex. in the middle ages, Islam was far more enlightened than Christian Europe), nor that every Muslim should be considered guilty by association; merely that Islam has become a breeding ground for extremely regressive policies.

The policies supported by a statistically significant portion of Muslims are simple wrong and often highly immoral.

Polls indicate that 74% of Middle Eastern Muslims, 84% of South Asian Muslims and 77% of Southeast Asian Muslims support Sharia law as the law of the land. Sharia is inherently anti-democratic, treats women as inferior to men (ex. giving their testimony only a fraction of the weight of a man), and imposes frankly barbaric punishments on many convicts (ex. amputating the limbs of thieves, executing people who convert from Islam, etc.). When presented with this, many will argue that this support for sharia is misleading because the law means different things to different people, but a further breakdown of the data dispels this deflection.

According to Pew polling, approximately 84% of Afghani Muslims, 75% of Pakistani Muslims, 60% of Egyptian Muslims, 53% of Iraq Muslims, 45% of Bangladeshi Muslims and 35% of Indonesian Muslims support stoning individuals accused of adultery—these nations make up nearly 42% of the world’s entire Muslim population.

Similarly, 86% of Egyptian Muslims, 79% of Afghani Muslims, 76% of Pakistani Muslims, 44% of Bangladeshi Muslims, 42% of Iraqi Muslims, and 18% of Indonesian Muslims support the death penalty for any Muslim who leaves the religion.

Pakistan Saudi Arabia and Afghanistan execute dozens of people a year for the crimes of “blasphemy against Islam” or “sorcery.” For example, a Pakistani Christian woman named Asia Babi is currently awaiting execution for “insulting Mohammad” in 2010. The only nations on earth that legally execute people charged with blasphemy—Pakistan, Saudi Arabia, Afghanistan, Sudan, Mauritania and the Maldives—are Muslim nations. In addition to these nations which execute blasphemers, virtually every Islam-dominated nation has legislated consequences for insulting Islam (ranging from fines to imprisonment and lashes).

On the issue of “honor killings” (when a family tortures and murders a family member, most often a gay male or woman who has “shamed” her family by having sex/getting raped or being seen with a non-family male, to regain the “family honor”), 88% of Iraqi Muslims, 76% of Afghani and Jordanian Muslims, 69% of Egyptian Muslims, 66% of Bangladeshi Muslims, 55% of Lebanese and Pakistani Muslims, 43% of Tunisian Muslims, 32% of Turkish Muslims, and 18% of Indonesian Muslims support the practice. This support for honor killings is not simply hyperbolic, as over 1,000 women are murdered in such killings every year, in Pakistan alone.

According to polls, over 80% of Muslims in Jordan, Egypt, Pakistan, Bangladesh, and Thailand, and over 90% of Muslims in Indonesia, Afghanistan, Tunisia, Morocco, Iraq, and Malaysia believe that “a woman must always obey her husband”

In regard to homosexuality, polling indicates that over 90% Muslims in majority-Muslim nations (with the exceptions of Bangladesh and Mozambique) believe that homosexuality is immoral. Of these nations, most have legal consequences for homosexuality and seven—Iran, Saudi Arabia, Sudan, the UEA, Yemen, Nigeria, and Mauritania—put people to death for homosexuality. Additionally, Muslim-majority nations have a long history of anti-homosexual lynchings/honor killings by the local religious populations and Islamic militias (although this is also a pattern in African Christian populations).

In addition to these statistics, there are also anecdotal patterns that demonstrate problems with Islam. As pointed out by Maher, Islam is the only major religion that “acts like the mafia” and will actually come and kill you if you dare offend it.

For example, Christians may have been pissed off when Andre Serrano revealed his controversial “Piss Christ” but there were no attempts to harm him personally. Put simply, if Serrano had made a “Piss Mohammad” he would have to hire a round the clock set of bodyguards, as artists who offend Islam face regular assassination attempts (ex. Kurt Westergaard, Salman Rushdie, Theo Van Goh, etc.).

this was the result…

Islamophobia or a Rational Critique of Islam?

At the end of the day, Islamophobia is a problem, but it is simply disingenuous to classify all criticisms of Islam as bigotry. The objective evidence reveals that significant percentages of the world’s Muslim population, including large majorities in some areas, support extremely regressive policies. Even relatively moderate Muslim populations in countries like Indonesia hold destructive opinions (ex. the 90% of Indonesian Muslims who say that women should obey their husband and that gays are immoral).

It is not Islamophobic to say that Islam, as it is perceived by a very large percentage of adherents, has a problem with human rights, free speech, women’s equality, and sexual freedom—the polls and results on the ground back those assertions up and, if people like Affleck don’t like those accusations, they can take it up with reality. Islamophobia is a type of prejudice that generalizes based upon unrealistic criteria, not objectively true observations (ex. it is Islamophobic to say that a significant percentage of Muslims are terrorists and should be treated with suspicion because that is not based in reality).

Progressives support secular government, free speech, women’s rights, LGBT rights, religious freedom, and a host of other ideals that are the antithesis of the opinions of the “average” Muslim opinion. Because of this, Maher and Harris are 100% correct when they argue that liberals must stop making excuses for Islam and begin criticizing Muslim ideologues with the same intensity that we criticize Christian extremists (ex. the Christian “kill the gays” bill in Uganda provoked international liberal outrage, while the Muslim countries that are actually executing gays rarely face a fraction of this attention).

Ironically, the attitudes of many apologists for regressive Islam are, in reality, representative of a type of anti-Muslim bigotry. Rather than hold Muslims abroad to the same standard of conduct that they expect from other individuals, these people are applying what Michael Gerson called “the soft bigotry of low expectations” when they decide to give Islam a pass. By holding Islam to a lower standard, these people are suggesting that they have an unconscious bias which makes them see Muslims as less able to conform to modern morality.

We should treat everybody equally, and that means treating all bad ideas the same, regardless of whether the person pushing them is doing so to promote their interpretation of Jesus, Allah, or Yahweh.