Yesterday, a Missouri grand jury refused to indict Ferguson police officer Darren Wilson for his shooting of Michael Brown in August. This represents the probable end to the extremely controversial legal situation, but is likely only the start of a much longer social/political movement. 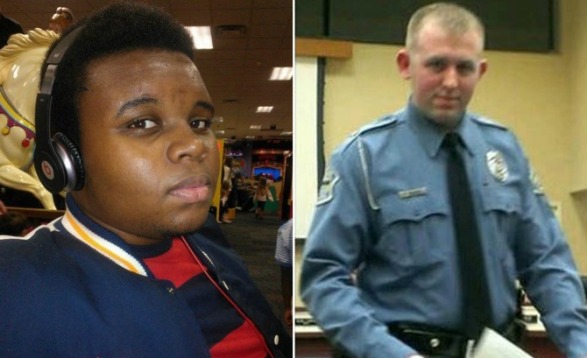 This decision may be infuriating, but it isn’t a surprise to anybody who has been paying attention to the situation. The deck appears to have been stacked from the start and everything was done to ensure that there were no charges.

To begin with, the entire grand jury process was unnecessary because the District Attorney’s office could have simply brought charges against the officer. The choice of using a grand jury to decide whether or not to indict was a political ploy to outsource the choice not to indict to a secret and unaccountable group (if the DA simply refused to prosecute, they would have had to shoulder the full outrage of the public).

The grand jury was composed of nine white jurors and three black jurors—this isn’t a representative sample of the Ferguson population, which is nearly 70% black. The composition of a jury is very important and the skewed composition of this jury likely had a strong effect on the refusal to indict. After they passed the responsibility to this grand jury, the District Attorney’s Office made sure that the jury was likely to reject charges.

They gave the grand jury presentation to a prosecutor, Robert McCulloch, who has a history of pro-police bias and who once intentionally biased a case in favor of two police officers who had fired 21 shots into a car with two unarmed suspects. Despite his history of bias, and the 70,000 person petition demanding his replacement with a special prosecutor, Missouri officials still saw fit to retain him as the prosecutor of this case.

In an extremely unusual move (at least, if the prosecutor actually want the grand jury to issue an indictment), Robert McCulloch refused to specify charges, giving the grand jury no direction as to what they should indict for. As far as we can tell, he essentially threw a bunch of raw information at the jury without actually leading them to a conclusion. This is, to say the least, not how a competent prosecutor gets an indictment.

As more information is revealed in coming weeks, we will get a better view of what else McCulloch did in the grand jury to sandbag the case.

In short, all available evidence shows that the prosecutors involved in this process were either unspeakably incompetent (in 2010, only 11 of the 162,000 grand juries across the nation refused to indict) or they intentionally threw the case—either explanation should result in their firing and the DOJ bringing this case to the federal level.

The issue of police violence, particularly against minorities, is a major problem in the United States today. Every year, hundreds of police shootings occur, many of which turn out to be on unarmed individuals. Instead of talking people down or rationally assessing situations (ex. not shooting people who pose no immediate threat), American police officers have, all too often, used extreme and lethal force as the first option. 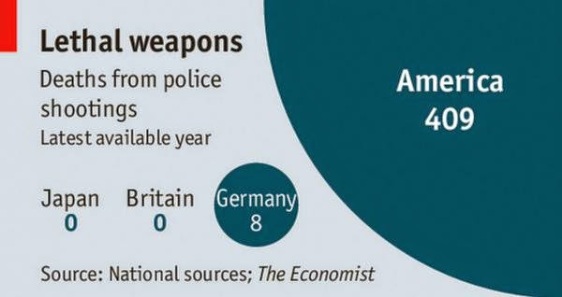 Unfortunately, the American public has let most of these police officers skate free and the message has been set that a police officer is incredibly unlikely to face charges if they kill somebody without a good reason—the recent decision in Ferguson is simply the most recent example of such failures in accountability.

The harm caused by police violence isn’t equally distributed, and is focused intensely on the poor and racial minorities. Police living in rich areas know that they cannot get away with shooting first and never really caring about questions later, while police in poor areas know that their employers (the people) are too powerless to ensure that infractions by the police are punished. To put the magnitude of the racial aspect of this problem of police violence into perspective, you just need to know one thing: Black male youths are 21 times more likely to be killed by police than white male youths.

In a ghoulish bit of symmetry, the day before the Ferguson grand jury decided not to indict Darren Wilson, the Cleveland police created the next tragedy in this long string of senseless deaths when they shot a 12 year old black child for carrying a BB gun. They were told by the dispatcher that the gun was probably fake and witnesses assert that the child never pointed the gun at them. 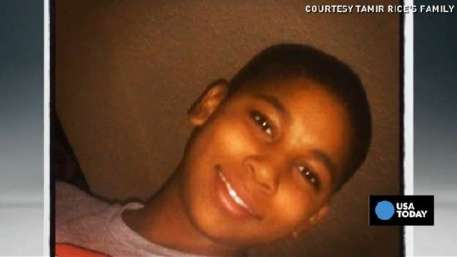 Tragedies like these serve to keep the issue of police violence fresh in the public’s mind and I predict that we will see a lot of conflict in the coming months. Until the constant stream of dead innocents killed by the people tasked with protecting society stops, this will remain a life-or-death issue for large portions of our population.