Black Friday vs. the 2014 Election, One Statistic Shows the Sickness of our “Democracy”

Americans love to believe that we live in “the home of the free and land of the brave” that sets the standard for democracy across the globe. Unfortunately, those who believe this are seriously delude and there is one simple statistic that proves it: 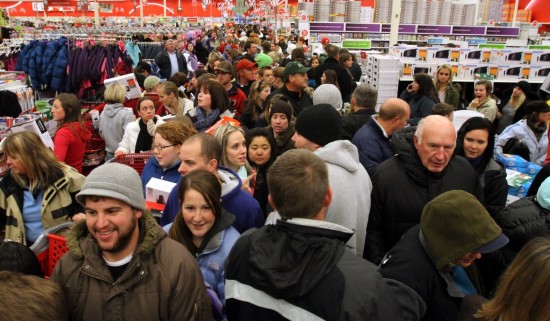 On Black Friday, approximately 140 million Americans braved the crowds at major shopping outlets, nearly 22 million of whom shopped at Walmart alone—when compared against the total US population of 316.1 million, this represents a shopper turnout of nearly 44% (which is an under-estimate, as the total US population includes children, inmates and people who are logistically unable to access stores). Conversely, during the 2014 election, only 77 million Americans voted—this represents a voter turnout of just over 36.4% of the eligible population.

To put the pathetic turnout in American elections into perspective, we just need to look at Europe as a comparison. Our 36.4% voter turnout puts us marginally below that of Estonia (36.5%), far below Italy’s 57% turnout, and comically below Belgium’s nearly 90% turnout. Although, to be fair, we did edge out Bulgaria, the UK, Romania, Latvia, Hungary, Croatia, Slovenia, Poland, the Czech Republic, and Slovakia. 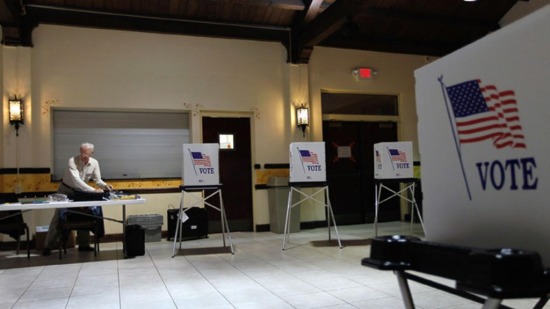 Put simply, nearly twice as many Americans were motivated to rush to the stores in search of deals on holiday gifts, than who wanted a say in who governs of the most powerful nation on earth for the next few years. This is a disgrace, both for the people whose priorities are so messed up and for the people who have made every effort to suppress the vote.

Millions have fought and died across the world fighting for the right to vote, yet Americans, who have the franchise, neglect to use it. We have devalued our vote to the point where people value it less than the ability to go out and buy useless consumer goods that are “on sale” only because the store up-marked the price during the week before the event.

Americans are disenchanted with politics, largely because it is common knowledge that money has swamped out political system, corrupting Washington and breeding widespread dysfunction/gridlock. This has led them to disengage from voting, particularly in the midterm elections. Unfortunately, while widespread, this belief isn’t rational, as the only way to change a broken system is to work towards reform—opting out only gives the corrupt politicians a veneer of credibility because they won an election. 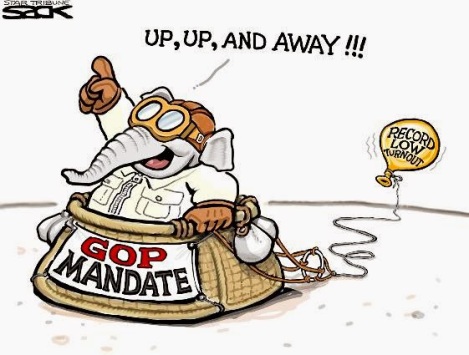 While it may initially appear rational to abstain from voting in a system that you see as corrupt, the fact is that a refusal to vote simply reduces your influence and gives those who support the status quo a chance to declare that they have a “mandate” from the people to enact their twisted agenda. We have seen this in numerous recent elections (ex. 2010 and 1014) and will continue to see it until the American people learn.

The first step towards a future where the USA is actually a democracy—rather than a nation of the disinterested, governed by the representatives of the extreme—is to vote into power people who will enact a long-term framework for a sustainable democracy. They must create non-partisan voting districts (eliminating gerrymandering), make voting day a holiday, ensure that all citizens have equal access to the voting booths, and impose severe consequences on anybody who tries to disenfranchise voters (from either side of the political spectrum). 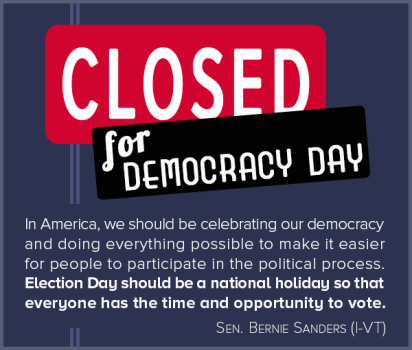 If possible, these reforms should be locked behind a political firewall by passing them through a Constitutional Amendment (currently the general right to vote is not actually protected) that prevents future politicians from reducing the oversight that they face. This type of reform isn’t common or easy to achieve, but similar reforms have been passed in the past (namely the 17th Amendment that made senators directly elected rather than appointed by the state legislatures).

One thought on “Black Friday vs. the 2014 Election, One Statistic Shows the Sickness of our “Democracy””