The Cromnibus is a Bipartisan Goody Bag to Big Money Lobbyists

Sometimes, when looking at Washington politics, I am reminded of the warning Dante put at the gate to hell: “Abandon hope all ye who enter here.” Modern politics is so filled with unforced errors, corruption, ignorance, and flat stupidity that hope is often just a form of naiveté.

Unfortunately, we are getting a perfect illustration of this in the imminent passage of the “Cromnibus” (a combined continuing resolution and omnibus budget), that gives a myriad of gifts to corporations and banks, while funding the government at Ryan-budget levels. In short, it is a goody bag for big-money that perpetuates the austerity politics for the average American.

Currently, the Cromnibus is sitting on the president’s desk and he appears likely to sign it either today or tomorrow. While several very outspoken critics of the bill are making efforts to raise public awareness of the damaging provisions of the Cromnibus, the American public appears to be largely ignorant of the under-the-table jab they are about to experience.

Here are a few of the worst provisions buried deep in the Crominbus:

Buried four pages from the end of the 1500+ page Cromnibus, is a provision that would repeal the provision of Dodd Frank that prevents banks from using your money to gamble—nobody knows exactly who put this provision in, as there was no debate on it, but we do know that it was literally written by CitiGroup lobbyists. 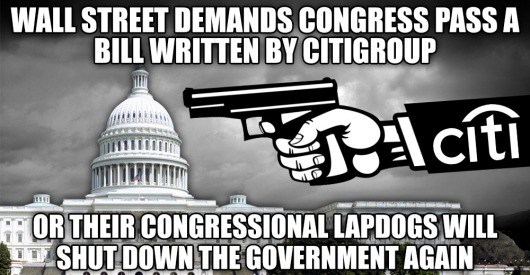 Dodd-Frank currently bans banks from using depositor money—which is secured by FDIC—to back risky derivative investments by the banks. It mandates that banks separate the federally insured money from the risky trades so that it is never necessary for the federal government to step in and bail out a failing institution, as was done in 2008.

If the Cromnibus is signed by president Obama, this rule will be repealed and banks will be allowed to gamble in risky financial instruments for a personal profit, while offloading the risks onto unsuspecting bank depositors. In effect, it will allow the banks to play roulette with your money, pocket all of the winnings, and make you pay when they lose.

Campaign finance laws in the United States have been under attack for decades, culminating in a series of massive attacks on regulation in the last five years. Citizens United and McCutcheon alone caused massive damage, and have allowed big-money to flood our political system and buy our elections. Unfortunately, the Cromnibus has a short provision on page 1599 that continues this degradation of campaign finance laws by increasing the amount that any individual can donate to political parties ten-fold. 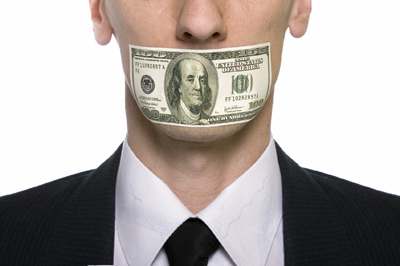 Currently, individuals are only able to donate $32,400 to each federal party committee (ex. the DNC or RNC) per two-year election cycle—if the Cromnibus passes, this will be increased to $324,000 per election cycle.

This provision in the cromnibus only benefits the top .1% of donors (referred to as the mega-donor class) who donate huge quantities of money to politicians. The mean American salary is just over $60 thousand a year and this provision would allow the rich to donate over five times that sum to buy politicians out from under us.

Put simply, this provision (which, coincidentally, nobody knows the source of) was designed to foster increased corruption and the power of those with the money to buy the system.

The Kline-Miller provision in the Cromnibus allows trustees of multiemployer pension trusts to cut earned pension benefits, after they are earned by the worker. In effect, it allows employers to promise certain benefits (salary, insurance, retirement, etc.) in exchange for an employee’s labor, only to renege on these promises years down the line by citing “insolvency” in their business model. 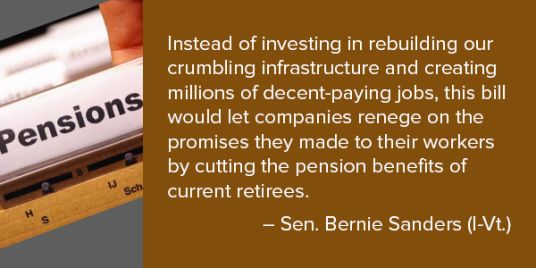 In a rational world, the “property rights absolutist” crowd should be protesting in the streets about this provision—it represents a massive violation of contractual agreements and a dire threat to millions of workers. Unfortunately, these people are often terribly misinformed and the outrage over this provision has been largely non-existent.

While this provision is limited to multi-employer pensions, the precedent it sets is that workers can be lied to and given a bait-and-switch by employers that eviscerates their economic stability after they have worked decades to secure a comfortable retirement. This sets us down a very slippery slope that threatens every American worker.

The Cromnibus has several provisions that will make it harder for the government to protect our planet from corporate pollution.

First and foremost, it cuts the already-strained budget of the EPA by millions of dollars. This will make the EPA even less able to properly regulate polluting industries and will make it even more likely that polluters will fall through the cracks. We have seen several extremely damaging examples of what happens when polluters fall through these cracks (ex. the TX fertilizer plant that improperly stored chemicals, leading to a massive explosion or the MCMH spill in West Virginia that tainted the water source for millions of Americans) and can only expect to see more in the future.

In addition to this, the Cromnibus will undermine attempts to reduce the use of polluting coal-fired power plants, both domestically and abroad. This will worsen the climate change crisis for the entire world and will contribute to the spread of health problems that surround these power plants (ex. asthma, cancer and respiratory diseases).

Approximately, 55% of the Cromnibus bill is allocated for military spending. Compared to the 2014 spending levels, this means that the military will be getting $3.3 billion in increased funds, ostensibly to fight ISIS across the Middle East.

One would think that our military budget would be increasing, if only because we have exited other theaters of battle (ex. Afghanistan and Iraq), but this is not the case. Our military arms dealers are the single largest lobbying group for our government, and they require an ever-increasing amount of funding to prop up their profit margin.

While military arms dealers and contractors are likely very happy about this increase in funds, the troops will not be sharing in this celebration. Despite the fact that the DOD asked for a 1.8% increase in troop compensation (not a very large increase, particularly considering that soldiers’ salaries currently start at $18,000/yr and max out at $35,500/yr), the Cromnibus only increases troop pay by a measly 1%.