Iran Nuclear Deal Reached, but can it Survive Partisan Politics?

Yesterday, the Obama Administration announced the successful conclusion of its two-year long negotiating process with Iran and presented the resulting deal. This agreement is an extremely positive development that could do a great deal towards reducing the tensions in the region and preventing an unnecessary war. 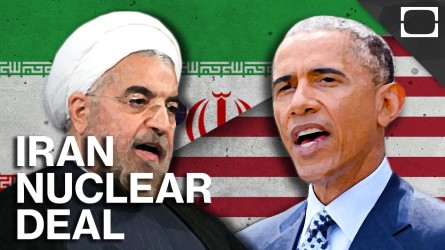 Unfortunately, while Obama’s negotiators and the negotiators for the Iranian Mullahs have agreed on a deal, this agreement must survive the objections of a group of entrenched ideological zealots who want war, deride compromise, and will do everything in their power to scuttle any diplomatic efforts between the USA and Iran—I speak, of course, about the right wing GOP majorities in the House and Senate.

What is in the Deal?

No side got everything that it wanted in this agreement (obviously), but both the P5+1 and Iran were able to obtain key victories. In totality, this agreement will push back the Iranian nuclear program by at least a decade and increase its breakout time (time it takes to make a nuke) from approximately 2.5 months to approximately a year. It will also result in a massive boon to the struggling Iranian economy and will do a great deal toward normalizing economic relations between Iran and the west.

Experts have indicated that this deal is actually far more comprehensive and powerful than originally anticipated. Many worried that Obama’s capitulatory style of “negotiation” in most domestic issues (ex. tax policy, the debt ceiling, the “Grand Bargain,” etc.) would translate to a very weak, if not toothless nuclear deal with Iran, but this is simply not the case.

Here are the USA’s major victories: 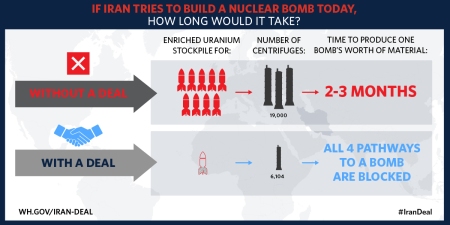 From a political perspective, both sides have in incentive to claim that they got the better side of this deal. For example, Iranian leaders focus on cheering sanctions relief and minimize the power of the IAEA inspections while US leaders focus on the downsizing of the Iranian nuclear program and minimize the future inclusion of Iran in the international arms market. This is just politics and the reality is that this is likely the best deal possible at this juncture—it achieves the Western goal of delaying the Iranian nuclear program and the Iranian goal of reducing the sanctions that have destroyed its economy.

During the next 60 days, the Congress will have the power to either approve or reject the Iranian nuclear deal. Given the makeup of the current legislature, it is almost certain that the GOP will try to scuttle this deal and will send legislation blocking it to be vetoed by the president. 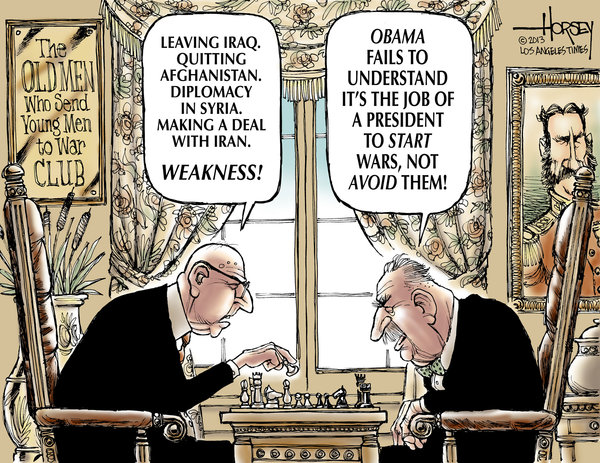 Obama has already promised to veto any bill that would destroy this deal and, unless the GOP can manage to coalesce a 2/3 super-majority in the Senate (67 Senators), it is unlikely that the GOP will actually succeed in their efforts to disrupt negotiations. That said, they will likely attach provisions blocking the deal to every conceivable piece of legislation in hopes that they can force Obama to sign it by threatening his domestic agenda.

In addition to facing repeated policy attacks from the right, the Iran deal will be a significant propaganda point for war hawks and conservatives during the next few years. Republicans have already begun to condemn the deal as a threat to world security and the worst piece of diplomacy since Neville Chamberlain’s days, and I see little chance of this hyperbole stopping any time soon.

During the last year of the Obama Administration and 2016 election, the GOP will latch onto this deal as a talking point and scare-monger using images of mushroom clouds over American and Israeli cities. They will call Obama an appeaser and try to tie Hillary to his legacy in order to finally gain some traction against her on an issue of policy for the coming election.

Put simply, these are craven political attacks aimed at an easily scared populace (remember what happened the last time right wing neocons started fearmongering about the “smoking gun” being a mushroom cloud) and are not based in objective reality. While unrealistic, these attacks are actually very good politics for the right wing, as they will likely work on a lot of low-information voters who have already been primed to believe that Iran is rabidly irrational. Pro-negotiation Americans must stand up and defend this deal as the best path to avoid both war and a nuclear arms race in the Middle East, while debunking the hyperbolic attacks on the negotiations from people who only see bombs as a viable path towards “peace.”