During the 2016 election cycle, Fox News is trying to simultaneously control the primary process and steer it towards their desired outcome, while still trying to be seen as a “neutral” press observer that has no political biases. While this is nothing new, the 2016 GOP primary promises to bring this hypocrisy to record, undeniable, levels. 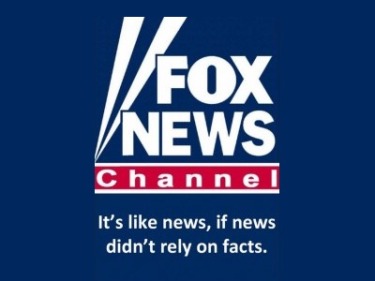 On one hand, Fox claims to be a legitimate news organization that provides “fair and balanced” reporting and analysis. They claim to be non-partisan, completely disconnected from the messaging apparatus or control structure of the Republican Party, and a straight-shooting factual organization.

On the other hand, Fox has taken an active role in not just covering the 2016 GOP primary, but also acting as the gatekeeper for who is allowed to even enter the race. By controlling the 2016 primary debate entry requirements and claiming the power to deny candidates entry into the debates, Fox can essentially destroy a campaign before it gets off the ground. This basically gives them veto power over each primary candidacy and the ability to compel candidates to comply with their demands.

Because they have set an arbitrary 10-person limit on the official GOP debates and plan to select candidates from the truly massive field based upon arbitrary characteristics, they can summarily destroy any campaign that they don’t approve of.

Fox News plans to use national poll numbers to determine the top 10 candidates who will be allowed into the debates—this is flawed for three main reasons:

First, a 10-person limit is absolutely arbitrary, and would virtually cut the 18 candidate field in half. This will necessarily eliminate many viable candidates for no legitimate reason.

Second, national polls so early in the primary process are completely pointless and have absolutely no bearing on seriousness or eventual success. Polling that occurs so early in the race benefits people with high name recognition and people who say extreme things that stir up the base but re completely unrealistic or toxic to moderates (case in point: Trump).

Third, Fox hasn’t even revealed which national polls it will be using, thus it can cherry-pick polls that say what it wants them to while still cloaking their choice in a thin veil of objectivity.

The fact that Fox news can control the GOP debate process and that the GOP “leadership” seems content to let them take control over the party reveal that Fox is not just a TV network, but also the corporate entity at the center of the GOP establishment. They are not just a right-wing opinion or propaganda network, but the true brain of the Republican Party.

Put simply, nobody who is even marginally informed and in possession of functional cognitive faculties can claim that Fox News is anything but right-wing propaganda. Fox has hired an unbelievable number of GOP politicians and presidential candidates as “analysts” and has spewed an endless stream of GOP talking points for decades. Additionally, FOIA requests have revealed a memo that Roger Ailes wrote a for Nixon detailing the blueprint for Fox as the GOP’s news network. In this memo, Ailes detailed plans for a Republican propaganda organization that actively tricked viewers into accepting propaganda as fact by claiming to be straight news—in fact, he literally picked the slogan “fair and balanced” as the tagline for this propaganda mill.

This is the first paragraph of the Ailes Memo—it goes on to argue that TV is the perfect medium for propaganda because people will believe will produced AV propaganda more than print propaganda.

With its actions during the 2016 GOP primary, Fox News has proven itself to not just to be aligned with the GOP, but actually a part of its internal power structure. In the face of this, we must demand that politicians and media figures stop treating Fox as just another news outlet. They are not neutral, nor are they real news. They are the voice of the GOP establishment and are no more of a news organization than the PR department of the Democratic National Committee.

In addition to destroying the illusion of Fox as a real news source, this situation illustrates a worrying conflict of interest caused by the flood of money in politics. If a Republican wants to improve their poll numbers and have a chance of getting into the debate (or just preserve their spot if they already have one), they must spend massive amounts of money to advertise their candidacy. As the GOP base almost exclusively relies upon Fox News for information, this means that these candidates are forced to buy Fox ad spots if they want to be effective. Fox has an economic incentive to create competition to get into the debate because it increases the value of their advertising and forces candidates to pay Fox in order to get a voice.

Ironically, this situation makes me agree with people like Ted Cruz, Lindsey Graham, and Carly Fiorina, who I would normally spend my time deriding as lunatics. These second-tier candidates for the 2016 GOP primary will almost certainly not make the Fox cut for the debates, thus will never even have a chance to make their positions known to the GOP electorate. They are being excluded from the race by an unelected, for-profit, entity that doesn’t even have the integrity to admit what it is. In response to this exclusion from the debate, these candidates have begun to protest, but to little effect (after all, Fox isn’t composed of elected officials who can be voted out).

While I disagree strongly with what the GOP primary candidate are likely to say, this is a democracy and they should have a reasonable platform to state their opinions. The GOP primary race is currently so large and volatile that it is simply wrong to exclude everybody but the top ten from the process. According to the most recent polling, Donald Trump is absolutely crushing the competition with 24% support among likely GOP voters, while Scott Walker and Jeb Bush are trailing at 13% and 12% respectively. Beyond these three at the top, Huckabee, Rubio, Carson and Paul are standing at between 8% and 6% support, while Cruz, Perry and Christie have between 4% and 3% support. If Fox uses this poll to determine who gets into the debates, they will cut off everybody below Christie, despite the fact that candidates like Kasich, Pataki, and Santorum have support just marginally under Christie and well within the poll margin of error (which is usually between 3% and 6% in either direction).

A fair system for the current GOP primary field would create a platform for ALL candidates who have measurable levels of support and ensure that Fox executives weren’t the ones deciding who Republicans get to vote for. Unfortunately, Fox is unlikely to do this, as the power to control who can even compete for the 2016 GOP nomination in such a weak field, is the power to indebt whoever the eventual nominee is to the Fox leadership.