This is part #5 of my Refuting Anti-Abortion Talking Points series. For the previous three parts you can follow the following links: Part #1, Part #2, Part#3, Part#4

Barring extraordinary exceptions (ex. Kermit Gosnell’s illegal clinic), abortion providers are very dedicated people who just want to help women and provide a service that is necessary, but extremely risky for the provider.

Medical professionals who provide abortions are paid significantly less than other medical professionals with similar levels of education, face constant threats and harassment, often have to travel significant distances to work, and are sometimes shot and killed by anti-abortion zealots (ex. George Tiller). To put this into perspective: The average salary for an American nurse practitioner is approximately $97,000 per year, while the average salary for a nurse practitioner at Planned Parenthood is only about $62,000 per year.

In short, if a doctor just cares about money, there are innumerable options that are easier and more profitable than becoming an abortion provider. (ex. anesthesiologists rarely get murdered for doing their job and are paid a hell of a lot more). Given this, it is easy to see that accusing abortion providers of being greedy monsters is demonstrably false, even if you don’t support abortion—if they were truly greedy, they would enter a field that would let them maximize their income and minimize the difficulty of their jobs.

In response to this, some anti-abortion activists may argue that abortion doctors may not be greedy, but are evil because they voluntarily enter a field that has them “killing children.” This argument is flawed for several reasons, including the fact that a fetus is not a “child” and the fact that most anti-abortion arguments based on the concept of “evil” are mixed with religious dogma, thus are hopelessly corrupted (see the previous sections on abortion as a “sin”).

Some of the most potent—if incredibly dishonest—accusations that abortion providers are evil or greedy are paired with deceptive or edited videos. We have seen numerous examples of this over the years, and it has become a right wing cottage industry for activists to approach Planned Parenthood clinics with hidden cameras in the hope that they will catch PPFA employees saying something that can be taken out of context.

Here are two examples of this type of anti-abortion activism:

In 2011, James O’Keefe released a video that purported to show a pimp walking into a Planned Parenthood and talking with employees about obtaining abortions for sex-trafficked underage girls. If you just saw this video, it would appear that Planned Parenthood was cooperating with the pretend pimp, and the employee who was featured in the video was immediately fired. 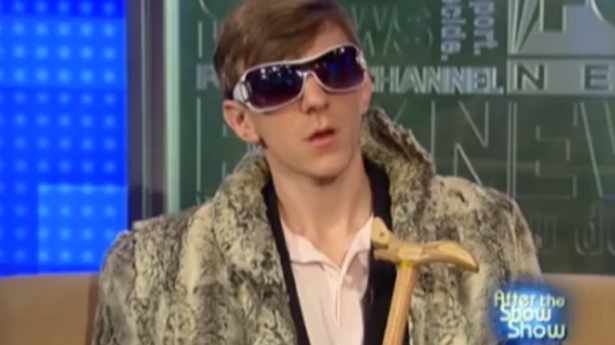 However, in the weeks after the video was released, the truth came out. It turned out that Okeef’s group visited a dozen different Planned Parenthood clinics, most of which flatly turned him away. Those that did hear O’Keefe out contacted the FBI and were trying to keep him talking in order to gather information about his fictional operation. Additionally, it turns out that O’Keefe didn’t actually visit the PPFA clinic dressed as a stereotypical pimp and had edited the video in order to select only the most damaging and decontextualized segments for distribution.

While O’Keefe’s sting was absolutely discredited in the end, it is still presented as “evidence” by some anti-choice extremists. If somebody tries to claim this “sting” as legitimate, you can simply point to any of the dozens of takedowns of his work, and point out that numerous state-level investigations (mostly in red states) launched after this “sting” found that Planned Parenthood committed no wrongdoing.

In 2015, an anti-abortion group released a video that appeared to show a Planned Parenthood executive selling fetal tissues to a representative of a medical research company. This video has created a political firestorm in recent months and has precipitated a conflict that may cause a government shutdown (GOP politicians may refuse to sign a budget that includes funding for Planned Parenthood). 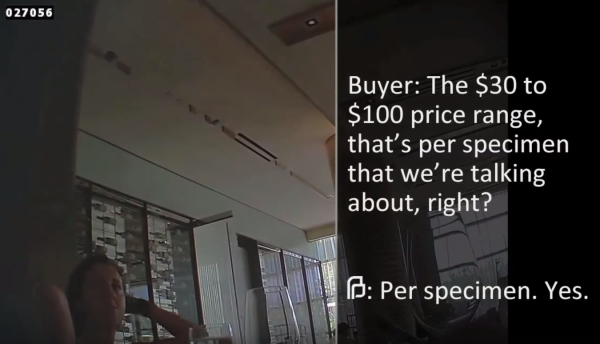 In reality, the video is a complete hack-job and was selectively edited out of a much longer video that directly refuted the anti-abortion activists’ claims. The payments discussed by the Planned Parenthood executive were simply handling and shipping costs (unsurprisingly, you can’t just put human tissue in an envelope and mail it through the USPS), not payments for the tissue itself (which would be illegal). In fact, earlier in that conversation the PPFA executive specifically spelled this out to the interviewer and refused to accept a dramatically inflated price for the organs in question. Here is an excerpt from p.34 of the video’s transcript that proves this:

Planned Parenthood: Our goal, like I said, is to give patients the option without impacting our bottom line. The messaging is this should not be seen as a new revenue stream, because that’s not what it is.

PP: Yeah. Well, but at the end of the day, you still need to have the paperwork to back it up because, we are under a microscope.

Buyer: But your cost, your loss in some areas must be so much that that can be shown to, I don’t know.

Buyer: Ok. I’m just trying to brainstorm. Because, I think offering some people, not only, just offsetting their cost in other areas, seeing the potential for that, besides the potential, for the patient, I’m still going down that road, even though I know, I understand what you’re saying. This cannot be seen as, “We’re doing this for profit.”

PP: No. Nothing, no affiliate should be doing anything that’s not like, reasonable and customary. This is not- nobody should be “selling” tissue. That’s just not the goal here.

As you can clearly see, the “buyer” was trying to bait the Planned Parenthood representative into breaking the law and she flatly rejected the idea. This section of the video was not included in the initial leak (obviously), nor were the other sections that do not support the false narrative being created by the activists behind the “sting.”

After the edited video was released, numerous states opened investigations into allegations of organ harvesting and sale. As of now, five of these investigations have concluded, all of which found absolutely no illegal, unethical, or immoral conduct on the part of Planned Parenthood or any of its employees.

As a final irony, the fetal tissues that were being discussed are vital for medical research and have the very real potential to save lives—that is, if they are not simply thrown away. The donation program operated by Planned Parenthood helps innumerable people and has supplied organs that are used to search for cures to a whole host of conditions (ex. AIDS, cancer, degenerative nerve diseases, blindness, etc.). The idea that “pro-life” individuals would attack this type of life saving research because it is made possible by abortions (that would occur whether the material was thrown away or donated) casts serious doubt on their goals.

These videos are just two examples of anti-abortion “stings” based on no facts, and a lot of deception. In the future, we will almost certainly see more such videos and the key thing to remember when this happens is that your first impressions are almost certainly wrong. Before you condemn Planned Parenthood over some accusation, make sure that all of the facts are on the table and that you aren’t being tricked by dishonest zealots with basic editing software. When arguing with people who parade these videos around, you must point out the repeated lies and dishonest edits that completely destroy their credibility. While there are honest arguments against abortion, these videos are simply lies and should not be given any weight.

This argument is very closely connected to the Christian right’s ideal that sex is purely procreative and that any recreational sex should be punished with a baby. It is a deeply flawed argument that makes several toxic assumptions.

First, in point of fact, a woman who cannot afford to support a child is being responsible if she choose to get an early-term abortion. She has made a rational choice about what the best option is, not only for her, but for her potential child. If she chooses to abort, she can simply wait until her situation improves (ex. she completes her education, enters a stable relationship, or finds a better job) and get pregnant when she thinks that she will be able to support a child in a decent lifestyle.

As previously discussed, a fetus is not a sentient being, thus abortions are in no way selfish and using abortion services to control fertility is not immoral. At worst, using abortions to help in family planning is wasteful and unnecessarily, if only because it would be much more efficient for women to have easy access to birth control (birth control pills are far less expensive than abortions). Ideally, accidental pregnancies would be extremely rare, thus abortion would cease to be a family planning tool, but certain anti-abortion advocates have complicated this by restricting access to contraception (under the unscientific argument that birth control is synonymous with abortion).

Second, this argument assumes that the woman is the irresponsible one and doesn’t take into account the responsibility of the man who got her pregnant. I know that a lot of anti-abortion activists have a tenuous grasp on human biology (ex. assuming that women can’t get pregnant from rape), but it shouldn’t be too much to hope that they would recognize the role of the man in making the woman pregnant. If a man is being irresponsible and refuses to help support the woman he got pregnant, then it is sometimes the responsible choice for the woman to get an abortion—the alternative is to tie herself to a deadbeat who will derail her life and force her to take care of his child for 18 years without providing any help.

Finally, the people who call women who get abortions irresponsible are the also the most likely to call them irresponsible if they give birth to a child out of wedlock. These extremists create a no-win scenario for pregnant women, where they are called irresponsible child-killers if they get an abortion or irresponsible welfare queens if they choose to have the child. In the face of this no-win scenario, it is apparent that these conservatives simply want an excuse to call women irresponsible and infringe upon their autonomy—this is likely based in religious dogma and should be pointed out whenever they try to make either argument.