Democrats and Progressives Should Hope that Bush Wins the GOP Primary

I find myself in a very strange position, where I am hoping that Jeb Bush’s recent cratering in the polls (down below 5% in some polls) and decision to cut his campaign’s payroll by 40%, travel budget by 20%, and non-media outreach (ex. get out to vote) funding by 45% are not indicators that he will be dropping out of the race. While I detest the Bush legacy and, basically everything that Jeb stands for, the sad fact is that he is almost certainly the least of all evils on the stage. If he leaves the race, it makes it much more likely that the eventual nominee will be somebody far worse—like Ted Cruz. 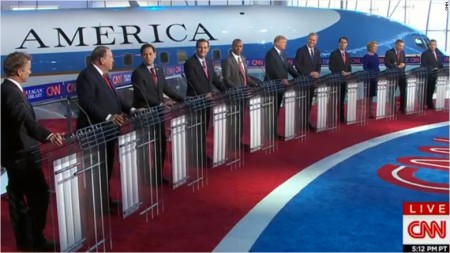 Bush has little chance during a general election against Clinton or Sanders, has shown more reluctance to engage in blatant racial hatemongering than the other candidates, and has not supported the fact-free brinksmanship which the GOP has engaged in over the last few years (ex. threatening the debt ceiling). Additionally, he is known as a “moderate” with the base and would be unlikely to draw a Tea Party populist wave to the polls. These characteristics make him a fairly benign—albeit risible—political opponent from a progressive or partisan Democratic perspective.

Unfortunately, “anti-establishment” candidates like Trump, Carson and Fiorina have absolutely dominated the race so far and these individuals are far less benign. While, like Bush, they have little chance of getting elected, they stir up the right wing base before the election and enflame racial tensions. If any of these candidates won the nomination, they would bring the extreme right to the polls and endanger down-ticket races, while sending the message that xenophobia is within the acceptable bounds of political discussion.

In a worst-case scenario, the various crazy elements within the GOP converge to support Cruz as Trump and Carson inevitably flame out of the race and leave thousands of intellectually-orphaned lunatics for him to pick up. This is clearly Cruz’s plan, and it would result in one of the most excruciating presidential elections seasons in the modern era—we would be treated to over a year of Cruz’s smarmy anti-intellectualism and racial dog whistling, while trying to argue policy with a person who has intentionally discarded his attachment to facts (Cruz is extremely smart but is pretending to be stupid for the base). 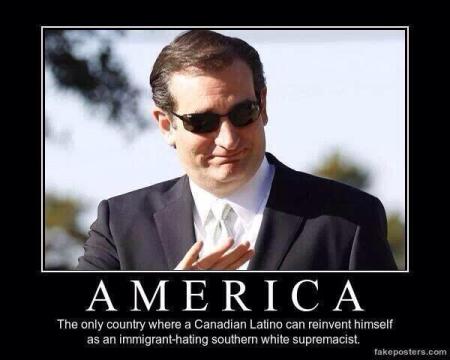 If Jeb falls out of the race, the new “establishment” candidates will be Marco Rubio and John Kasich. While these candidates would be less painful to deal with than Cruz, they are actually a somewhat greater political threat. Both Rubio and Kasich are corporate puppets, but they have more electability than Jeb in the general election. Rubio is young and Hispanic, thus will likely try to shave off portions of these vital Democratic constituencies, while Kasich has a history of working within a purple political context and will try to appeal to “moderates.” These characteristics (and the lack of negative name recognition) make Rubio and Kasich much more dangerous in the general election than Bush.

Personally, I wish Bush the best of luck and would hope that all of my progressive readers do the same. I truly hope that he manages to beat back the anti-establishment crazies, eclipse his establishment competition, and capture the GOP nomination…only to walk into the political equivalent to the Pacquiao/Mayweather fight against Clinton or Sanders in the general election.