The COP21 Conference: Putting the Threat of Climate Change into Perspective

Currently, the COP21—the primary United Nations conference on climate change—is under way in Paris. It began on November 30th and will continue until December 11th, at which point the participants will have hopefully made significant progress towards creating a global plan to limit global climate change to an increase of 2 degrees Celsius above baseline 2010 temperatures. 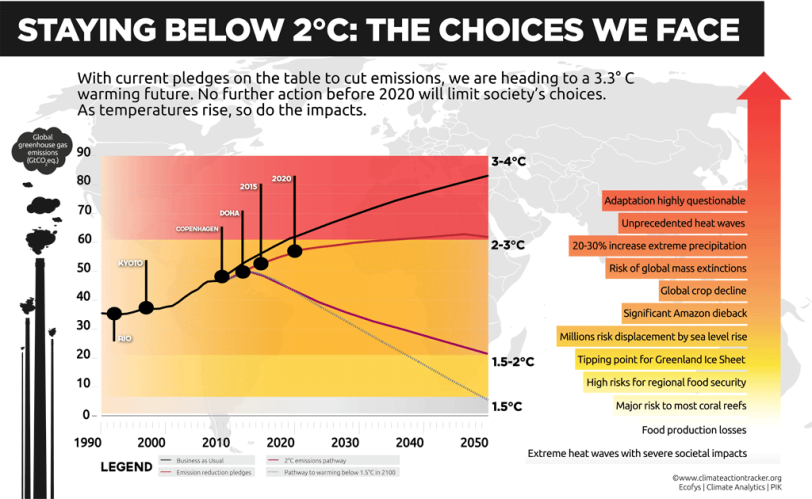 The importance of the Paris climate talks cannot be overstated. Climate change has the potential to kill millions, if not billions, of people over the long term if it is not addressed. Unfortunately, many people fail to see the reality of this situation and have done everything in their power to marginalize these talks and the progress that they may achieve.

According to the WHO, estimates, climate change will kill approximately 250,000 people every year, from 2030 to 2050 (5 million people over two decades). These deaths include people who die from heat, storm activity, drought, famine, and disease that are a direct result of climate change altering established weather patterns. If climate change is not addressed by 2050, this casualty count will likely increase significantly, particularly in regions that do not have the resources to adapt. Even wealthy nations like the USA are not protected however, and estimates by the EPA indicate that as many as 69,000 Americans could die prematurely each year after 2100 due to climate change.

The WHO’s prediction that climate change will cause 250,000 annual deaths by 2030 is not some sort of doomsday hyperbolism. In fact, it is a very conservative estimate that is on the low end of the range proposed by experts. A similar report by the Climate Vulnerability Forum has estimated that this annual casualty count could be as high as 700,000 per year (they include air pollution and skin cancer).

Just to put the threat of climate change into perspective, we need only compare it to other threats that have been significant news items in recent years—ISIS for example.

ISIS has killed thousands of people in the Middle East each year, and just recently killed 130 Parisians with a series of terrorist attacks. While accurate casualty data is difficult to find, international monitors estimate that ISIS murdered approximately 10,000 people from June 2014 to September 2015. Even if one wants to contest these numbers and argue that this estimate is low, there is no credible way to claim that ISIS’s casualty count is much larger than a rounding error for the casualty counts projected from climate change.

This casualty comparison is actually a little bit of a category error, as ISIS was, in large part, created by a record drought that forced rural farmers into the cities and created civil unrest. This destabilized the region and created the anger that toppled the governments of Egypt, Syria and Tunisia. Such droughts are made far worse by climate change, so it wouldn’t be wrong to argue that climate change indirectly had a hand in creating ISIS, thus should bear some of the blame for the deaths that ISIS causes. Because of this type of situation, the US military has named climate change a “threat multiplier” that will exacerbate volatile situations and make sensitive regions more likely to erupt into violence (primarily Africa, the Middle East and Southeast Asia). 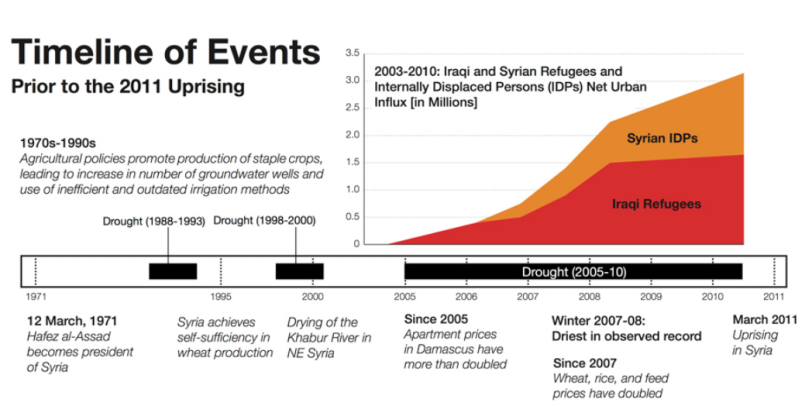 When we look at the actual threats to human life that are created by climate change, issues like ISIS terrorism become paltry in comparison. Put simply extremists like those in ISIS cannot even dream about killing as many people as will die each year from the slow and steady changes that we are driving the world climate through.

While it is certainly true that the deaths from climate change are not as visible to westerners as the endless pictures of ISIS executions, the victims are no less dead (and the deaths are no less brutal—an appreciable percentage of the deaths will be due to diarrhea from a lack of potable water). Because we are not presented with these numbers in perspective, we often fail to see the immediacy of the threat of climate change. This makes many marginalize the importance of forums like the COP21 and relegates these vital talks to less important media spots than even the ramblings of random right wing lunatics who have deluded themselves into thinking that they can be president.

One thought on “The COP21 Conference: Putting the Threat of Climate Change into Perspective”