Why Have Some Hillary Supporters Become Conservatives on Campaign Finance and Voting Rights?

While discussing the 2016 primary election with other Democratic-leaning voters (who plan to vote for either Bernie or Hillary), I have noticed a disturbing trend emerging among many who support Hillary Clinton. These “liberal” Democrats have completely repudiated some liberal ideas—namely opposing the corrupting influence of money in politics and ensuring easy access to the polls—simply because it is beneficial to their short-term partisan ends. In short, their desire to see Hillary win the primary has completely blinded them to these vital liberal values and led them to support policies that liberals usually decry conservatives for championing.

Before Hillary decided to run her 2016 race using big-money donations and super-PACs, there was wide agreement among Democrats that big money was a major problem. The idea that moneyed interests and wealthy individuals should be able to funnel giant sums of money into the coffers of political campaigns was seen as corrupt on its face and anathema to the ideals of democracy.

Unfortunately, now that Hillary is running her campaign using these big-money funding mechanisms, a large percentage of the Democratic base has made an abrupt about face on the issue of campaign finance reform and decided that money doesn’t corrupt politics. They join the likes of [the late] Scalia and Thomas on the Supreme in claiming that money doesn’t even create the appearance of corruption and that such big money is perfectly fine, just as long as you can’t tie a specific corrupt action to a specific donation.

Not only have large numbers of Hillary supporters reversed their opinion on campaign finance, some have even begun to lionize Hillary for her efforts to spread corporate money even deeper into the Democratic Party. Through join fundraising ventures, largely facilitated through the DNC and Hillary’s Super-PACs, the Hillary campaign has helped down-ticket democrats raise millions of dollars in big-money donations. In effect, Hillary has acted as a big-money bagman who helps spread donations to less influential or connected Democratic politicians.

While Democrats need money to compete against Republicans in 2016, corporate/billionaire money has strings that corrupt most who touch it. Once a politician becomes reliant on big money, they become hesitant to offend donors and will often provide favors to those who have supported their campaigns (e.g. tax breaks, subsidies, deregulation, etc.). Hillary’s propagation of this corruption down-ticket into the Democratic Party may help some Democrats win their elections, but it will also increase the level of influence that large donors have over these Democrats and ensure that Democrats become ever more conservative on economic issues. 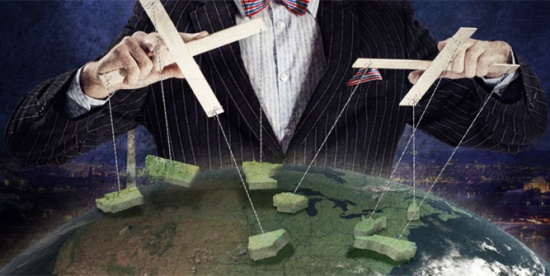 Unless they want to address the fact that their candidate of choice is complicit in big-money corruption and the blight that has infested our political system, Hillary supporters simply cannot hold liberal views on campaign finance—one value must be subsumed to the other. All too many have decided to support Hillary over their values: they see her speeches as just standard politics, rather than a front-loaded bribe by big banks and her acceptance of big money as just what is necessary to compete in the modern political environment.

During the 2016 primary, it has become apparent that Hillary has the most support among older voters, long-term Democratic voters and African American voters, while Bernie wins crushing victories among independents and younger voters.

Traditionally, the Democratic position on voting has been that access to the polls should be easy and free. New voters should be encouraged to enter the system and voter disenfranchisement is a betrayal of all liberal democratic values. Because of these convictions, Democrats have fought back against GOP measures to restrict the polls, disenfranchise vulnerable demographics, and block access to voter registration. 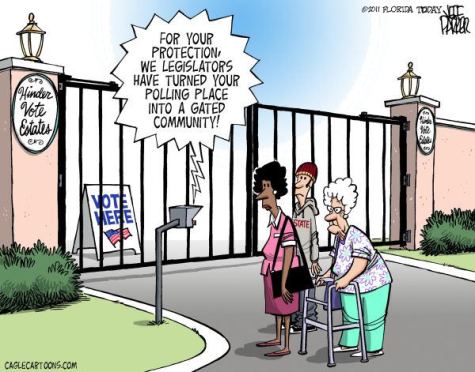 Unfortunately, many Hillary supporters have changed their tune on these issues of democracy now that their candidate benefits from restrictive voting laws. I have seen many Hillary supporters defend, if not champion, the idea that only partisan Democrats be allowed to vote in primaries, excluding and disenfranchising independents who regularly vote Democrat. Many also promote the idea that long-term Democrats should have more influence than newly registered Democrats, many of whom are younger and more likely to support Bernie.

In addition to changing their opinion on making access to the polls easy, many Hillary supporters I have talked to have excused extremely restrictive primary rules that they would never accept in the general election. When woefully inadequate numbers of voting booths are put on college campuses, they shrug and just say that this is the system. When states like New York impose absurd voter restrictions (e.g. NY requires that primary voters be registered Democrat or Republican 6 months before the election if they want to vote), they support these restrictions to prevent “non-Democrats” from swaying the results of the Democratic primary.

In short, a lot of Hillary voters are making the exact same excuses that the GOP usually uses to justify blocking access to democracy. They are proving that their conviction in opposing anti-democratic election laws is only valid when their candidate is being hurt by it, and that they find these anti-democratic laws to be perfectly acceptable if it helps their interests.

If convictions are only held to when they produce results that you like, they aren’t real convictions. Hillary supporters who excuse voter disenfranchisement efforts aimed at Bernie supporters or big-money corruption brought into the party by Hillary’s campaign are demonstrating that they are partisans, not liberals—their affection for Hillary overshadows their principles as liberals/progressives.

Values must be held to regardless of who is violating them. Even the most vociferous Hillary supporters should decry legalized corruption and anti-democratic laws, despite the fact that these things help their candidate. Unfortunately, many partisans have failed this test of principles and are now on the road to becoming a version of what we all once despised in the GOP.

7 thoughts on “Why Have Some Hillary Supporters Become Conservatives on Campaign Finance and Voting Rights?”