Summarizing the GOP Convention: Fear and Loathing in Cleveland

Over the last 4 days, the Republican Party held its nominating convention in Cleveland, confirming their nomination of Donald Trump for the 2016 presidential race. I watched nearly 16 hours of speeches and panels during the GOP convention and I can honestly say that the experience was soul-crushingly bleak. It was an exercise in blatant fear-mongering and policy-free grandstanding that served no constructive purpose and bodes very poorly for the 2016 election season. 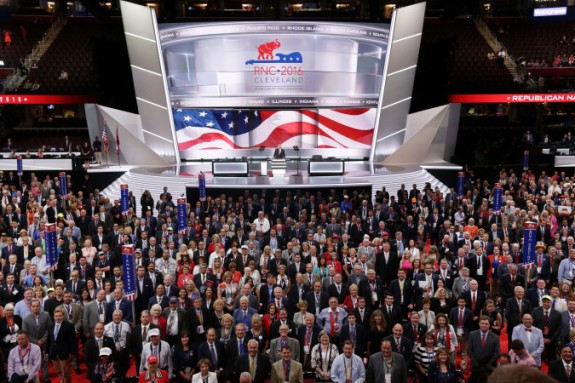 CLEVELAND, OH – JULY 18: Delegates pose for an official convention photograph on the first day of the Republican National Convention on July 18, 2016 at the Quicken Loans Arena in Cleveland, Ohio. An estimated 50,000 people are expected in Cleveland, including hundreds of protesters and members of the media. The four-day Republican National Convention kicks off on July 18. (Photo by Alex Wong/Getty Images)

For a convention that theoretically represents the ideals of an entire half of our nation’s political landscape, there were remarkably few ideas being circulated. The convention lineup had a shocking lack of policy specifics and, after watching hours of speeches, the greatest takeaways were nebulous anger at liberals and Hillary Clinton mixed with fear of “illegal” immigrants and “radical Islamic terrorists.” At no point did any speaker actually make an effort to put forward a coherent solution to these problems and most speeches were riddled with inaccuracies.

The speeches rapidly became repetitive, with endless stories of violence committed by people who happen to be undocumented, blind rage towards foreigners, and grandiose—yet vague—declarations that Trump can make it all better.

The rare economic policies to be mentioned during the convention can be boiled down to “more freedom,” less regulation, lower taxes, and better trade deals. As with foreign policy, there were no specifics mentioned and the speakers’ assessments of these policy issues were painfully inaccurate to anybody who knows even a little about public policy (e.g. arguing that the USA has the highest taxes of any western nation by conflating base and effective taxation rates). 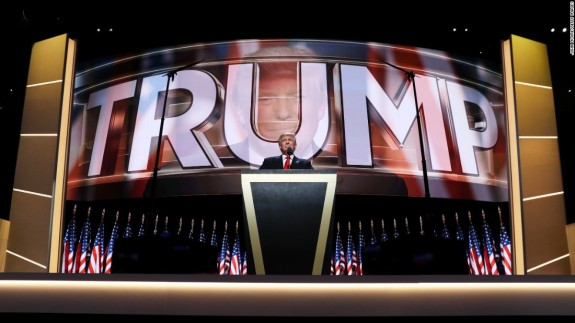 In my mind, there were three speeches that stood out from the rest. If you are going to watch anything from the convention, I suggest looking at these and skipping the rest.

Chris Christie delivered a very well received and bombastic speech that more closely resembled a mock kangaroo court than a political speech. He spent the entire speech listing out Hillary’s scandals, both real (e.g. compromising top secret information with her private server) and manufactured (e.g. Benghazi,), then getting the crowd to render a “guilty” verdict with their cheers. As expected, this speech was absolutely riddled with inaccuracies (debunked by the NYTimes) and the optics of the event really made the crowd look like a lynch mob. Despite its inaccuracies, this speech is very relevant, because it exposes the blind, borderline-primal, hatred that the GOP has for Hillary. Given the reactions on the convention floor, it looks like the GOP will have no trouble uniting against Hillary, even if they aren’t sold on Trump.

Ivanka Trump introduced her father and was a surprising interlude of sanity in the rest of the speaking lineup. She spent a large part of her time talking about womens rights issues, including the pay equity gap, maternity leave protections, and worker protections for women. She promised that her father will work to improve the protections for women and completely ignored the fearmongering and hatred of the rest of the convention. Honestly, I got the feeling that she really didn’t want to be associated with the rest of the convention—she actually stated that she doesn’t consider herself a Republican or a Democrat—and she tried her hardest to soften her father’s image before he spoke.

Donald Trump concluded the GOP convention with an extremely long (76 minute) and very aggressive speech. His speech was absolutely filled with fearmongering over urban crime, the threat of terrorism, and the perceived threats from “illegal” immigrants. He painted a very dark picture, where “real” Americans are constantly under threat from foreign and un-American forces that want to hurt law-abiding citizens, and that the only solution is to elect him so that he can impose law and order. While he did make efforts to reach out to Latinos and African Americans, these efforts were largely to play them against undocumented immigrants by arguing that minority citizens are being hurt the most by the influx of cheap undocumented labor. On ISIS, Trump gave no solutions beyond blaming Hillary and Obama for their rise to power and giving vague strongman assertions that he would destroy terrorism if elected. 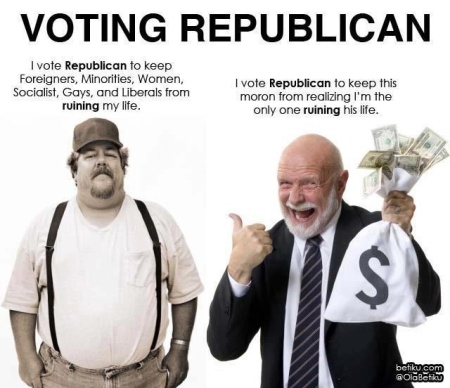 There were two topics in Trump’s speech where he actually gave some valid points. First, he made an overt call to Bernie supporters over trade, promising to end pro-corporate trade deals that outsource American jobs. While I don’t believe Trump is principled about trade, his rhetoric on the effects of these agreements and the need to reform trade deals is entirely correct. Second, Trump called out Hillary for personally enriching herself using her public office—this is demonstrably true and the Clintons have made over $153 million since 2000 in speaking fees alone.

In summary, the RNC convention was a very illuminating view into the dark soul of the Republican Party. It was filled with hate, fear, xenophobia, and unthinking rage towards an “other” who is screwing over “real” Americans. The only solutions being put forward were factually incoherent and, in many cases, inhumane.

We simply cannot let this party gain control over the US government in 2016—they are beginning to look very similar to the fascist movements of the 20th Century and the stakes are simply too high to let them have any chance to implement their vision. Democrats and liberals need to work together to stop the GOP from electing Trump, while retaining control over the Senate and working to retake the numerous state government that were lost to the GOP in recent years.

One thought on “Summarizing the GOP Convention: Fear and Loathing in Cleveland”