The Center for Disease Control studies a variety of diseases, disorders, and morbidities that affect the American population and keeps a constantly updating database of statistics on their severity and prevalence—obesity is one such morbidity. Last week, the CDC updated their official data on the obesity epidemic in the United States, identifying a significant increase in the average weight of Americans over the last two decades. 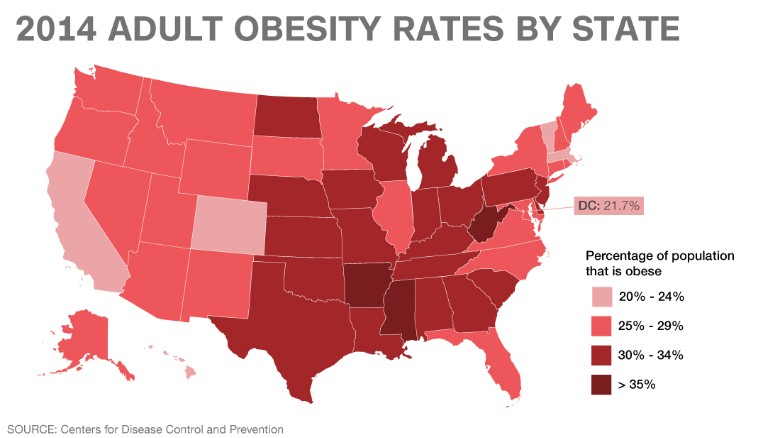 While many Americans consider obesity to be a simple lifestyle and cosmetic issue, with few wide-reaching societal implications, the trend to even greater obesity within the American population is both dangerous and expensive. If this trend does not stop, many Americans will have their lives cut short, and everybody will have to pay significantly more for their health insurance in order to rebalance the risk/reward tables.

Large, and Getting Larger

The US population is among the most overweight in the world. Approximately 35% of our population is obese (BMI>30) and 69% is above a healthy weight (BMI>25). In global rankings, this puts us 12th, only beaten by small pacific islands (e.g. Tonga, Samoa, etc.) and Middle Eastern nations with a tiny fraction of our population.

Obesity in the USA is driven by our diets and relative lack of exercise. We, as a society, eat an unbelievable amount of unhealthy, high-fat, high-sugar, high-salt, and highly processed foods which deliver a ton of calories, very quickly. While this problem is common across the USA, it is most concentrated in the south and poor urban areas.

Americans in poverty are particularly vulnerable to obesity because they often lack the resources to access healthy food or exercise opportunities. Poor neighborhoods tend to be saturated with fast food restaurants and shops that serve cheap junk food rather than markets that sell fresh produce. Additionally, poor parents (particularly single parents) often have a hard time finding the time to cook and it is easier for them just to buy pre-prepared foods that don’t require a lot of effort. Compounding this diet problem is the fact that many poor areas are unsafe (e.g. high crime areas), limiting exercise opportunities that residents have. 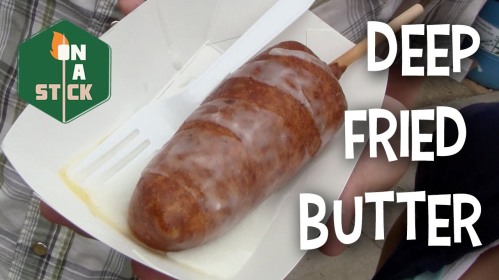 Culture is a significant factor in the obesity epidemic and the local foods of certain regions contribute to their health problems. The cuisine of the south is particularly dangerous, as it is very heavy in fried foods. Just to put this into perspective, there are areas of this nation where you can have gravy-coated biscuits and bacon for breakfast, grab a burger and fries for lunch, and finish off your day with a chicken-fried steak and fried okra. Of course, you would wash all of this down with sweet tea or soda and, for a snack, you could pick up a deep fried butter (This is a real thing: they take a stick of butter, coat it in breading and deep fry it, then coat it in powdered sugar).

The Costs of Obesity

The American obesity epidemic is extremely damaging to the American people. Obesity is correlated with a variety of severe chronic health disorders, including diabetes, heart disease, hypertension and cancer—in effect, the more obese you are, the higher the likelihood it is that you develop any one of these conditions (when compared with somebody with similar genetic predispositions). These chronic diseases kill millions of Americans and cut years off of the sufferers’ lives.

In addition to the obvious health consequences from obesity-related chronic diseases, there is a significant cost to society for these disorders. A 2012 Cornell study found that approximately 20.6% of all health care costs (at the time) were a preventable function of obesity—this means that we spent approximately $190 billion more on health care that year than we would have if obesity were not a significant issue. As insurance aggregates risk across the US population, this means that these additional costs can easily be translated into higher costs for everybody, not just the overweight. 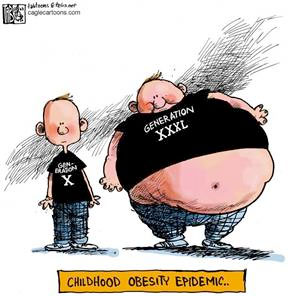 If the trend towards more obesity continues into the future, it will rapidly drive up our healthcare costs even higher than they are today. We will all end up spending more money paying for our healthcare and Medicare/Medicaid spending will be driven up to unsustainable levels. Young Americans are of particular concern in this situation, as every young person to develop severe chronic diseases early in life (e.g. Type 2 diabetes by the age of 20) will accrue huge medical bills over the full span of their life (even if their lifespan is cut by several years).