If you watch the mainstream cable news, you have been inundated with numerous stories of how Russia has tried to hack our election and get Donald Trump elected. While this is a comforting narrative to the Democratic Establishment politicians and the pundits whose analysis was so terribly wrong, it is not actually one supported by any concrete facts. As such, it is extremely dangerous to assume that these accusations are true before we see any real evidence. 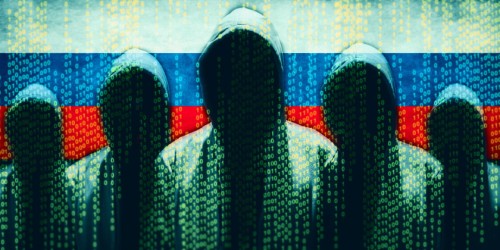 The first report of Russian hacking in the 2016 election was published by the Washington Post last weekend. It claims that Russian hackers attacked the hacked both the US government and DNC in order to help Donald Trump get elected president. Sadly, while these accusations are presented as facts, they are simply based upon leaked quotes to the paper by unnamed “officials briefed on the matter,” who are citing anonymous CIA officials, reading selective parts of a secret CIA assessment of the situation. At no point were any evidence or verifiable specifics given that could corroborate these anonymous quotes. Basing such an article on quadruple-hearsay, devoid of any evidence is journalistic malpractice and should be above a credible outlet like the Washington Post.

Let me be clear. I am not saying that the Russians didn’t hack into US political institutions; merely that those claiming that they did have not met any reasonable burden of proof. As we have learned many times over the years, anonymous and unsupported claims by the CIA need to be questioned before any assumptions or conclusions are made.

After the Washington Post published their article, the floodgates opened and news outlets like MSNBC and CNN began running numerous stories a day, echoing this article. Just today, CNN published an article claiming that Putin personally approved the hacks, based upon the same uncited sources, assertions (e.g. that the phishing attacks were so “sophisticated” that they must have been authorized by Putin—a comment that would make any hacker laugh) and lack of evidence that we have seen in all other reports of the like. 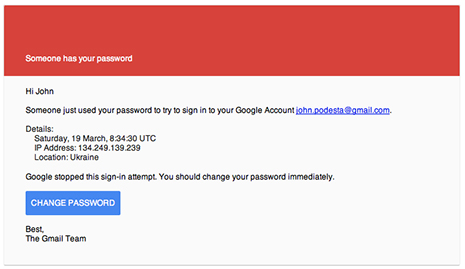 “Phishing” involves sending thousands of emails like this to people and waiting for somebody being stupid enough to enter their password—this is the least sophisticated type of hacking.

While it is certainly possible that Russia hacked the election—in fact, I wrote an article warning of this possibility before the election—the simple fact is that we cannot ramp up tensions with another nuclear power based upon the nonsensical lack of evidence that we have seen so far. What we are seeing here echoes the disinformation campaign that led the US into the Iraq War—uncited “experts” and intelligence analysts present claims to the media that are parroted without any investigation and the American people are tricked into believing a false narrative. 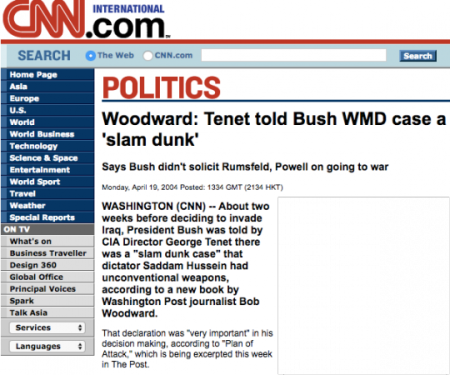 If this narrative is being drummed up in order to increase tensions like in the Iraq War disinformation campaign, there is a very simple motive that is possibly at work: greed. For over the last decade and a half, the intelligence community has been dramatically empowered to spy, assassinate, and act largely with impunity, based upon the “War on Terror.” Unlike in a time of relative peace, their overreaches are easy to explain to politicians (e.g. if there were no threat, it would be hard to justify mass spying or assassinating people whose identities aren’t known), and more readily accepted by a public that is aligned against a threat.

Unfortunately for the CIA, Americans are war-weary over the “War on Terror” and desperately want to disentangle from conflicts in the Middle East. Drumming up tensions with Russia and asserting that they have been running a massive cyber campaign which needs to be countered is a great way to rally support and justify the ever-increasing budgets of the intelligence deep state, even if Trump decides to follow through with his isolationist campaign promises—in short, they need another enemy like the USSR/communism during the Cold War or Al Qaida/jihadism during the War on Terror.

At the end of the day, it is absolutely vital that we determine whether the election was hacked, who did the hacking, and how to prevent such attacks from happening in the future (regardless if they occurred in this case). For this to happen, we cannot rely on secret reports, anonymous quotes by professional liars, and partisan rhetoric—we need a nonpartisan group of experts to engage in a transparent inquiry that looks at all the evidence and produces a public report on the state of our election system. This cannot be done in secret, by those who have a clear interest in concluding that Russia attacked us, using evidence that isn’t declassified for decades.

One thought on “Beware the Intelligence Establishment Escalating Tensions with Russia”