How the Right Wing can be Perpetually on the Wrong Side of History, yet Win so Often

Progressive Americans hold a quixotic hope that the American people will one day wake up and see just how much damage the right wing has caused our nation, react with revulsion, and completely repudiate the political movement that caused the damage. 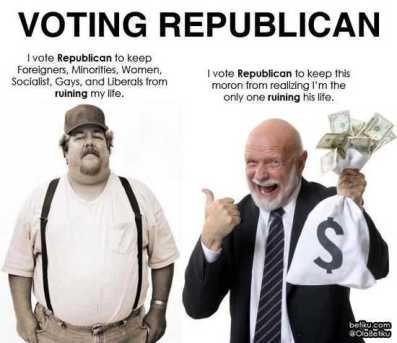 Here is a list of just the highlights of the right wing’s accomplishments in recent decades:

Despite championing these destructive and unpopular policies, the right wing currently controls the Supreme Court, House of Representatives, Senate, and a majority of the state governments. They have actually gained power in spite of the toxic results of their policies, only suffering a slight setback in 2008, when the American people elected a president who we thought was progressive, but who really turned out to be just another corporatist. 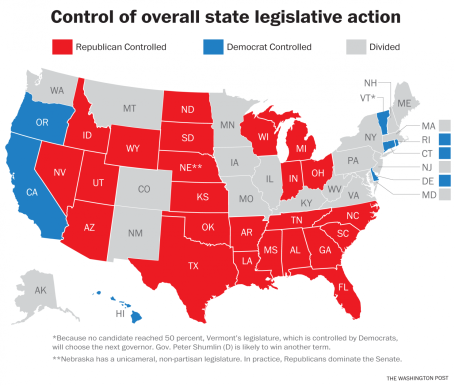 Given this situation, it is remarkable that the GOP can have their cake and eat it too (pass destructive policies but pay no electoral price). How do they do it?

In fact, the answer to this question is very simple: the right wing in the USA has developed an extremely effective strategy for staying in power that creates a self-sustaining cycle of regressive victory.

The first step in this cycle is for the right wing to gain enough power to start passing its legislative priorities—often, this starts on the state level and works its way up to the federal level. They cut taxes and social spending, attack unions, and privatize public services. Specifically, they focus on destroying programs that facilitate education and drive upward economic mobility. While destroying these programs, they funnel as much money as possible into the pockets of campaign donors and corporations. Finally, they create systemic political advantages for their party by gerrymandering, redistricting, and even directly suppressing the votes of people who aren’t likely to vote for them.

Once the public starts to feel the pain from these right wing policies and the economy starts to falter due to a lack of demand and rampant outsourcing, the right wing immediately begins blaming the left, the remaining welfare programs, and the presence of “illegal immigrants” taking up “American jobs.” They use the money that is kicked back to them from the corporations and rich individuals who they have helped to push this narrative, while the media happily buys into the lie (they are for-profit corporations, beholden to advertisers, after all). 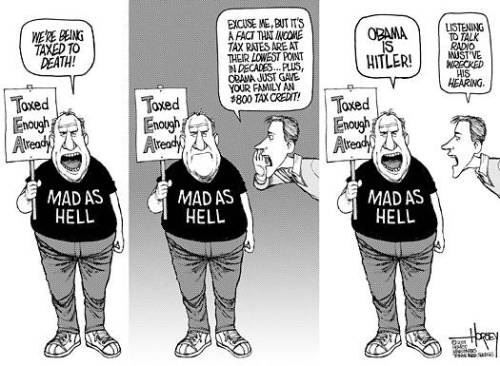 After regressive policies are solidly entrenched into the law, the second phase of the Republican strategy begins. They mobilize a massive populist uprising of people who are uneducated (mostly due to the decayed public education system), angry, and who have a vague understanding that somebody is screwing them and that they want it to stop. Through partnering with nationalist, racist, and religious groups (who are also funded by the wealthy and pushed by right wing propaganda outlets), the right wing directs this anger at their political opposition and uses it to further solidify their power base.

This cyclical strategy is extremely hard to fight, and is not limited simply to the USA. According to numerous studies—including an extremely comprehensive one by Bruckner and Gruner that included 16 OECD countries and spanned 32 years—right wing political movements are fed by economic crises and the nationalistic or racial schisms that are formed when people look for somebody to blame for their poor economic situation. According to the Bruckner and Gruner study, there is a direct correlation between reduced economic growth and increased popularity for extreme right-wing parties, equaling a 2% increase in far-right popularity for each 1% reduction in economic growth.

Put simply, the right wing has every incentive to demolish the economy in order to serve the rich, as they receive the benefits of selling out to the rich (bribes, status, and respect) and can expect to become more popular with the base for their efforts—they are paid on both ends of the transaction and face only minimal risks.

The right wing has proven itself extremely adept at this strategy, regardless of what nation they live in. In the USA, the incarnation of this strategy is the Tea Party; in Greece, it is the Golden Dawn; in the UK, it is the National Front and Cameron neo-cons; in Israel, it is the Likud Party. Historically speaking, we also saw this happen in a whole host a fascist countries, including Italy, Spain, and Germany (and no, it isn’t a violation of Godwin’s law if the reference is on point and accurate). 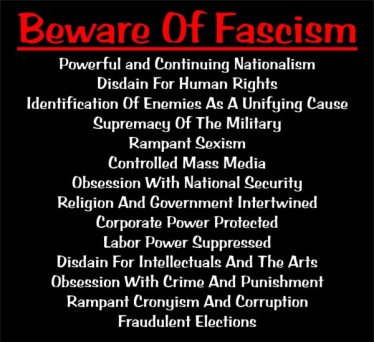 The modern examples of this phenomenon are numerous and there is no equivalent under the left wing. Put simply, the right wing is better at appealing to racists and fools than the left, thus tactic works better for them—this is for several reasons:

First, it offers conservatives a convenient way to avoid taking responsibility for the socially destructive consequences of their chosen policies. Instead of having to face the fact that they, and their parents, voted into power a group of people who do nothing by tear society apart and facilitate the upward redistribution of wealth, conservatives get to offload responsibility onto an “other.” Sometimes this “other” is a political group or idea (ex. “big-government”) and other times it is a racial group (ex. “Mexicans”), but it always is an innocent scapegoat.

Second, studies show that the left tends to attract more critical thinkers and people who are tolerant of new stimuli, while the right attracts people who have more active fear/revulsion centers to the brain (amygdala) and who dislike new stimuli. This critical difference between the left and the right (in aggregate) makes the right far more likely to fall into this cycle and to become the vehicle for repressive policies.

Third, moneyed interests find the anarcho-capitalism of the right far more attractive than the equivalent on the radical left (ex. hard socialism or micromanagement by regulation). This means that the right wing is simply more likely to be corrupted by corporatism than the left, thus has a greater need to stir up issues to distract voters from the economic corruption of their representatives.

At the end of the day, there is no easy way to combat this tactic by the right wing. It is very difficult to deprogram people who have been indoctrinated over years under the best of circumstances, never mind if they are continually being exposed to indoctrination by a highly-trained and well-funded propaganda complex (ex. FOX).Compounding this is the problem that the right appears to have a nearly-unlimited funding stream from ideological and corporate donors, while the left must choose between betraying its principles and being swamped in the competition for campaign cash.

2 thoughts on “How the Right Wing can be Perpetually on the Wrong Side of History, yet Win so Often”