Donald Trump claims to be a multi-billionaire and is using his “tremendous” wealth and business history to argue that he is qualified to be president. Put simply, these claims are absolute fabrications—Trump is a trust fund beneficiary who was sent to the best schools (Wharton), handed exceptional business contacts, and inherited hundreds of millions of dollars, yet has still managed to crash four of his companies into bankruptcy. 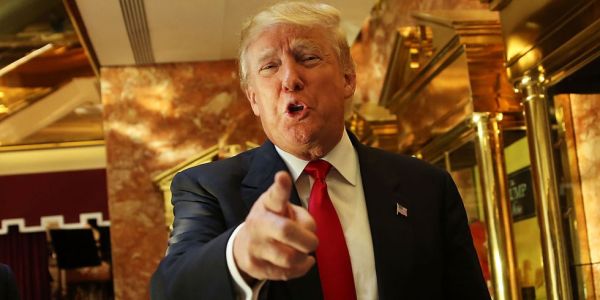 Beyond Trump’s disastrous business history is a really interesting question that must be asked and could very well destabilize his entire personal narrative: While he claims to be incredibly rich, he has refused to produce his tax records and has given a wide range of numbers as to how much he is actually worth. He claims to have

Given his pattern of dodging verifiable documentation of his real personal wealth, it is entirely possible that Trump is either FAR less rich than he has claimed (maybe “only” a multi-millionaire) or possibly even leveraged to the point where he is coasting entirely on credit and his name’s association with wealth.

Ironically, Gawker may have stumbled upon the answer to the question of Trump’s wealth without even realizing it. Last week, they published an article titled “Donald Trump Almost Too Good at Hiding His Billions of Dollars” in which they expressed amazement at how good Trump is at concealing his true wealth in his FEC personal financial disclosure (this is not a tax return and doesn’t contain specifics) and conclude that he is hiding wealth to reduce the cost of his last divorce. They point out that the accounts Trump disclosed in the report only contain $30 million in cash and that he has a minimum of $315 million in personal debt. This is in stark contrast with Trump’s claims that he is worth as much as $9 billion dollars and is making hundreds of millions a year.

Gawker assumes that Trump is a billionaire who is exceptional at hiding his fortune, but there is another, simpler, explanation for the disparity they identified—Trump isn’t hiding his billions because they don’t actually exist. It is possible that Trump is simply projecting the illusion of extreme wealth while living on credit, scamming suckers (e.g. Trump University), and what remains of his inheritance. If this is the case, and Trump is really living on the illusion of wealth, he may very well be the real-life analog to a character from Game of Thrones.

In the TV show Game of Thrones, there is a man called the “King of Qarth” (real name: Xaro Xhoan Daxos) who has gained massive amounts of political power and wealth through an elaborate scheme to appear wealthy. By presenting himself as an enormously successful trader, appearing with all of the trappings of wealth, and leveraging his assumed wealth to buy real goods, he turns the illusion of wealth into a reality (albeit a temporary one). He even uses his assumed power to create an immense and unbreakable vault for his enormous “wealth” which further reinforces the illusion.

Unfortunately for the King of Qarth, his power only lasts until his bluff is called. Once the illusion of his great wealth is destroyed, he loses everything—in fact, he is locked up within his own vault, which turns out to be completely empty, and is left to die.

While I don’t want Trump to suffer the same literal fate as the King of Qarth, the American people desperately need to call his bluff when it comes to detailing his exact wealth. It is foolish to consider personal wealth to be a qualification for public office but, unfortunately, all too many Americans are willing to so. Because of these voters’ desire to vote for a rich person, it has become necessary to ensure that Trump can’t lie about his personal wealth. If this key column supporting his campaign is destroyed, it very well may cause it to collapse under its own weight and take the GOP with it.

The media needs to constantly and repeatedly demand that Trump release his full tax records to confirm exactly how much he is worth. They must keep the pressure on him during each and every interview. Unfortunately, Trump has a ready-made excuse to fend off disclosure by redirecting the discussion to Hillary’s speech transcripts (e.g. “I will release my taxes when Hillary releases her transcripts”), but this cannot be accepted by reporters. It is a duty of the press to ensure that political candidates do not gain office on false pretenses—never mind the fact that President Trump would be a disaster of existential proportions—and, as such, they must verify his wealth, or lack thereof.