Syria: Another Middle Eastern Quagmire for the USA

The unrest in Syria has escalated recently in a way which may result in US military involvement—maybe even resulting in another American war in the Middle East.

On August 21st, 2013, an attack using chemical weapons killed several hundred people outside of Damascus. While exact death tolls are currently unknown (the areas was bombarded with artillery shells), at least 350 Syrians succumb to nerve agents at local hospitals and over 3,600 Syrians were admitted with symptoms of exposure. It is likely that the nerve agent used was sarin gas, which is a WWII-era chemical weapon that is illegal under international treaty. Given all current information, it appears almost certain that these weapons were used by the Assad regime, in direct violation of international law.

All indications coming out of the White House—including carefully worded statements floating the possibility of missile attacks and “anonymous leaks” from high level officials—show that the USA may start acting against Syria as early as Thursday, August 29th (tomorrow).

While the White House appears set to act, the American people are not in favor of such an intervention. According to polling by Reuters, only 9% of the American public currently support military action in Syria, with this number only jumping to 25% if the use of chemical weapons is confirmed. Put simply, these are abysmal numbers in support of war. While the American people may not know the specifics of the situation in Syria, they are fatigued with wars in the Middle East.

When one actually digs into the situation in Syria, they are presented with an immensely complex web of factions, dangerous organizations, and longstanding conflicts. These factors make any discussions of a response to Assad’s chemical weapons use very dense and a matter of weighing risks and evils. In short, there is no good answer and any possible resolution will end with the United States giving support or license to some very bad people.

Two weeks ago, I wrote an article where I explained the Egyptian conflict and described it as an “unmitigated cluster-fuck” due to the fact that no side is entirely in the right, yet one has committed actions which cannot be ignored—while this was not an overstatement, the Syrian quagmire absolutely eclipses the Egyptian conflict in complexity, danger, and the potential for blowback.

On one hand, Assad is a brutal dictator who has killed tens of thousands of his own people while holding onto power in the face of an internal revolt. In addition to killing rebels with conventional weapons, it appears that the Assad regime has broken international law and targeted both rebels and civilians with chemical weapons of mass destruction. To make this side even more dangerous, the terrorist group Hezbollah has thrown its support and terrorist activities behind keeping Assad in power. Put simply, the Assad regime is terrible and needs to be condemned in the strongest way possible. 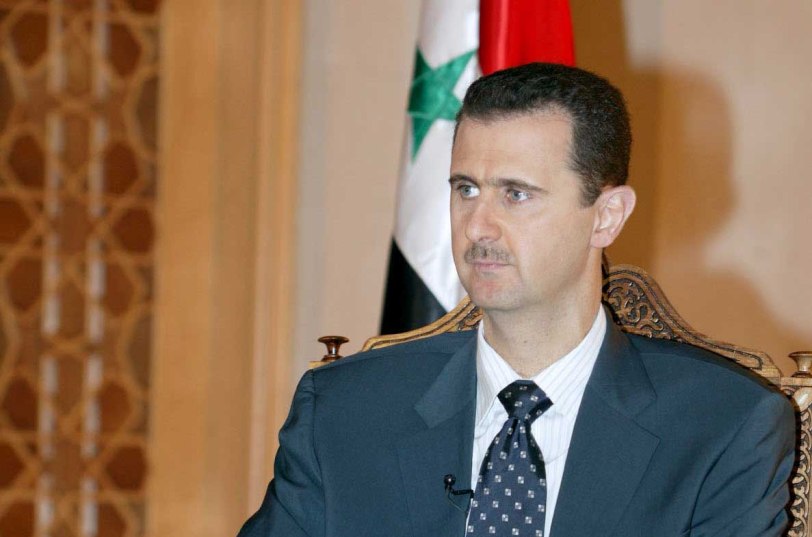 Much of the Syrian rebellion consists simply of Syrians who wish to be free of their dictator, much as the Egyptians as currently free of Mubarak. Unfortunately, some factions within the Syrian revolution are extremely dangerous, including significant portions who are Al Qaida affiliates. These factions within the rebels have a history of terrorism, indiscriminate killing, and have even been accused of using chemical weapons themselves. 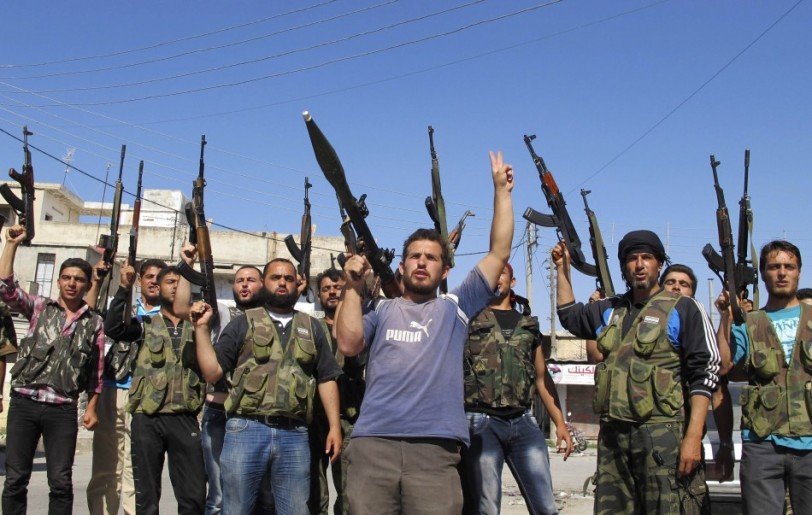 Given the brutality of the Assad regime, many people would love to support the rebels in their fight, but, it appears that they may be only marginally better than the regime. Overall, I would say that they are, in aggregate, the “better” side of this conflict (many of them are just people who are sick of Assad), but it appears that factions within the rebellion are as bad as Assad.

Ultimately, the US is given several choices in how to deal with the Syrian quagmire, none of them particularly appealing.

First, the US can do nothing and stay out of the conflict completely. This option would result in us sending a message that we won’t intervene if a tyrant decides to use chemical weapons, even if we said that we would, and could lead to the Assad regime doing other attacks. If the USA doesn’t get involved, the Syrian army will likely continue killing innocents and rebels alike, and there is a very good chance that the rebellion will eventually be crushed. That said, this option poses no risk to American military personnel and has little risk of creating bad blood as happened in Iraq and Afghanistan.

Second, the USA could do a partial military action—this could include missile strikes, no-fly zones, and the provision of intelligence to rebel forces. At this point, this option is the one which the Obama administration appears to be leaning towards. Obama has suggested that the USA will begin a long-range missile campaign, targeting Syrian the Syrian military. If it works, this option could result in the toppling of the Assad regime with minimal American casualties (if any at all) and no danger of providing weapons to Al Qaida.

Third, the USA could do a full military involvement with Syria, invading the country and ousting Assad. This invasion would involve boots on the ground, air superiority, and a sustained missile bombardment (basically, a third Gulf War scenario).

In my opinion, this is the worst of all options, as it would have catastrophic consequences in the long term:

Fourth, the USA can simply give weapons and logistical support to the Syrian rebels, in the hope that they are able to topple the regime on their own. This solution would limit the ill-will that the USA would receive if things went wrong (ex. we supply the weapons, but collateral damage would likely be attributed to the rebels), but it would result in giving weapons to Al Qaida. We saw how well this works in Afghanistan, when we trained the Mujahedeen who would later come back to attack us as Al Qaida. In addition to this type of blowback, such a limited involvement could have little effect if the Syrian regime is using chemical weapons.

My Opinion on a Course of Action

While I recognize that any action by the USA will have consequences, I don’t think that the USA should stand by and let a dictator use weapons of mass destruction on his own people—such a lack of action could set a bad precedent and encourage other countries to follow suit (ex. North Korea). That said, I would support a limited involvement, contingent upon some international consensus that action is needed (this would likely be relatively easy to achieve, as the use of chemical weapons is a violation of several international agreements).

In my opinion, this is the exact type of situation where drones could be utilized to great effect in a combat situation. I would move the drones which are currently killing innocent Yemenis and Pakistanis into a holding pattern over Syria. These drones could stay out of sight and observe, waiting for the Syrian military to expose the locations of their chemical munitions. Once these sites are located, I would support the use of overwhelming force (both through drone missiles and long-range missiles) to destroy these facilities and disable the Syrian chemical weapons program.

Unlike with a missile bombardment of generalized Syrian military targets (which experts say would be ineffective), this strike would have the sole purpose of eliminating Assad’s ability to deliver chemical weapons to targets.

In addition to targeting sources of chemical weapons, I would push the UN and our allies to support a no-fly zone over Syria and begin feeding the Syrian resistance tactical information about the distribution of Syrian troops. Through eliminating the threat of chemical weapons, shutting down the Syrian military’s air superiority, and giving the Syrian resistance informational support, it is likely that the USA can maximize positives and minimize blowback. Hopefully, once the battlefield is more level, the Syrian rebels can gain an upper hand.

Once the fighting is over, the USA must IMMEDIATELY withdraw and not attempt to nation-build, interfere with the succession of power, or try to play kingmaker. At the end of this, it would be ideal if the US were seen as simply the entity which responded to a violation of international law with the blessing of the international community—not an invading colonial power or conniving resource-thief. We should do the absolute minimum necessary to help the rebels win and avoid all courses of action which could blow back upon us.

Here are a few things that we should avoid at all costs:

Even in an ideal situation, where this plan went off without a hitch and we avoided all major mistakes, the conflict in Syria will be ugly for a long time. I am under no illusion that my ideas would bring a rapid end to this civil war, but I still think that a limited, yet very precise and forceful, response is the least bad of all possible choices that we have.

6 thoughts on “Syria: Another Middle Eastern Quagmire for the USA”